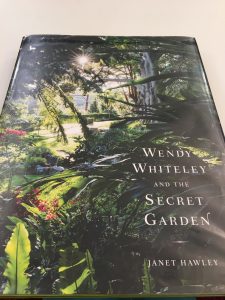 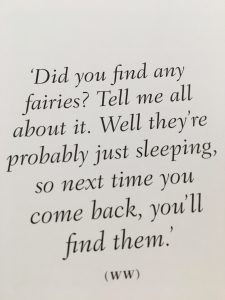 The Secret Garden of Wendy Whiteley around the edge of Lavender Bay adjacent to Clark Park Sydney. It was awesomely beautiful, beautifully gorgeous and full of secrets to unravel and enjoy .

I found the coffee table book (the cover of which is featured in the first pic above), in the public library around George Johnson and Queensberry Streets, in North Melbourne. I poured over this magical find and great read voraciously making a pact with myself to visit it some how in Sydney and I did!

The way I got to Sydney was kind of like one of Alice’s adventures in Wonderland through the rabbit-hole as it were and the next moment there I was on a bench in Clark Park and there I spotted the bush branches leading down to the Secret Garden – The clue to the way into the Gardens as given in the book!

I sprang to it making a bee line toward the steps leading in zig-zag and through to the Secret Garden walking briskly as I uncovered the greens and the reds of the foliage in all of its different shapes sizes and blends of colour.

The view from the Gardens, of the Harbour Bridge and the landscape of the other side of the waters and the yachts anchored alongside the edge of the Gardens was spectacular.

I was completely and absolutely wowed and taken up by it all! 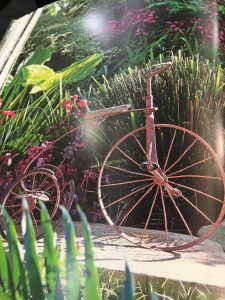 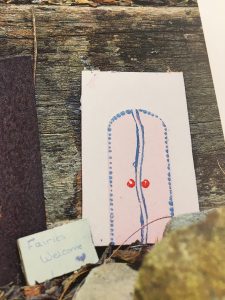 *
I went for it all with an open mind expecting the best of it to present itself to me as mentioned in the book.

I mean the reference to fairies was not a coincidence right. Or was it?

How come she knew about fairies coming to her Secret Garden even before I had an inkling of an idea of fairies in my own life. The book having been originally published on 23 September 2015!

It was all too much to bear. But I went around more of the Gardens approaching it right from the top by Wendy Whiteley’s house as stated in the book on my second visit to the Secret Garden.

I discovered the wonderful layout of the garden seats, picnic tables, benches, rusty junk metal props and art work positioned around the entire space in a most creative manner.

More stories from the book on how different people are drawn to the Gardens for different reasons. My own discovery of the Secret Garden of Wendy Whiteley in pix as seen perched on a bench in Clark Park. 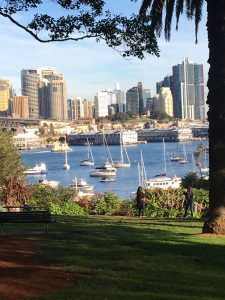 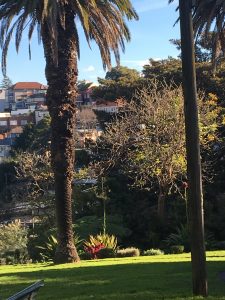 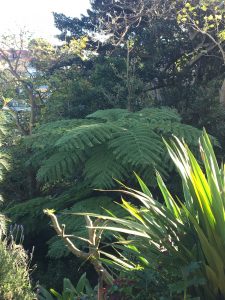 More from my day three at the Gardens. With My Fairy where we had a picnic taking my mind to a poem of mine, the layout of which spot matched perfectly with that of the Secret Garden! 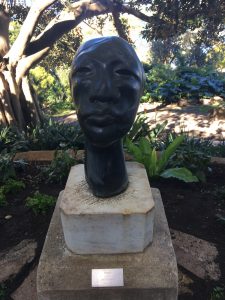 *
And here it was that My Fairy and I were seated and I literally dropped off the seat of the bench.
* This is how a passionate and determined woman transformed a wasteland into “a beautiful sanctuary for everyone to enjoy.” – Janet Hawley.

Wendy Whiteley, the artist Brett Whiteley’s wife, muse and model an artist herself created a haven for their family right next to the Secret Garden in their home, making his “iconic paintings” the centre-piece around which the interior decor worked itself out.

She lost her husband followed by her daughter Arkie’s death nine years later and it was towards the Gardens that she turned to for solace.

“This glorious guerilla garden is Wendy’s living artwork, designed with daubs of colour, sinuous shapes and shafts of light.”

The Secret Garden built on land owned by the New South Wales government should be preserved for the quiet nook it affords everyone from working people to students to retirees to picnic in or simply while away their time de-stressing and decompressing or even holding their occasional work day meeting there.

I saw this group of people appear seating themselves around one of the larger tables and a meeting take place. The champagne popped as they toasted to a milestone achieved possibly. Story and photography by Sharmini Jayawardena 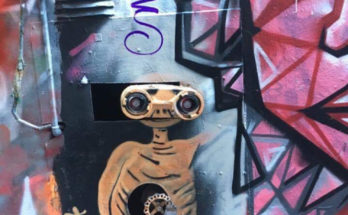