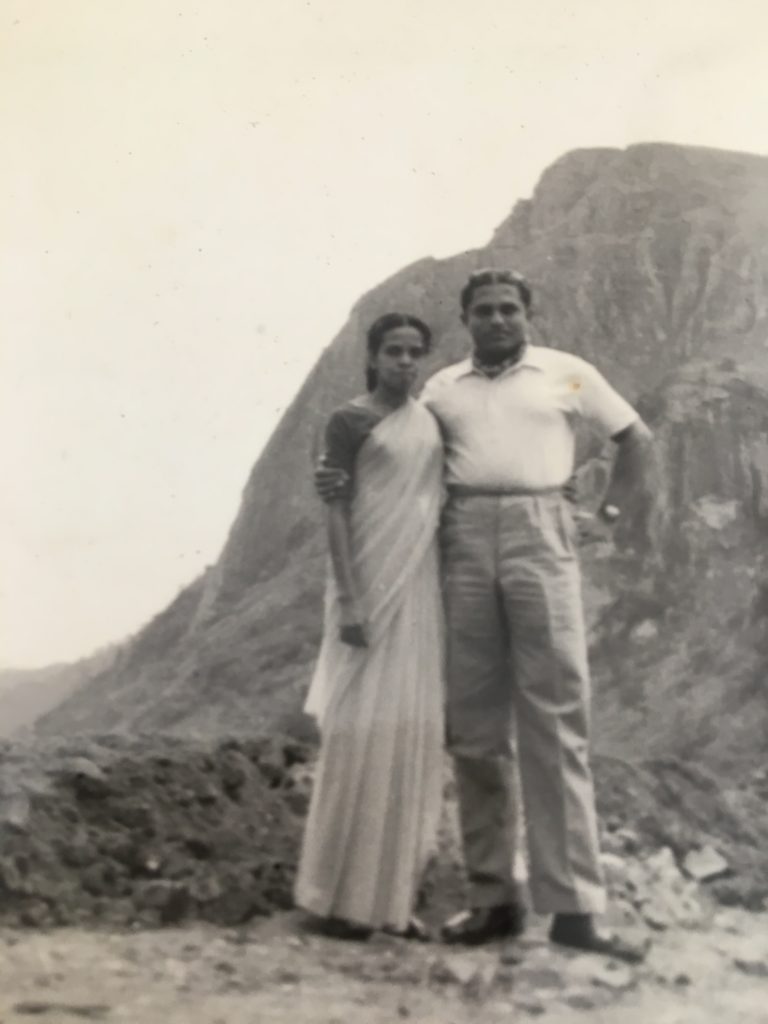 Death finally re-united which life denied them in the later part of their lives. They moved about in this realm they had entered even though one had predeceased the other by nearly half a century. So he had to wait half a century to actually show her how much he cared for her and loved her ultimately.

They had met in their youth as students interested in pursuing science as a subject. The students were of varying ages and co-ed prevailed. He was called Malli* and there was another boy called Akka* and there was also Chiang Kai-shek, a girl with Chinese features. They all had great fun and were a tightly knit group of friends. Daisy fell in love with Malli. She felt he looked like he was always unhappy and she was sorry for him and wanted to bring some happiness into his life.

He had been in love with a girl half his age, a cousin of his in whose house he had lived and had been chased out by her father for explicitly being in love with his daughter. For the father it was a preposterous idea. They were years a part in age and also he had a more prospective marriage in mind for his daughter who was every bit the accomplished woman. This having to be cut off from her suddenly made him a disgruntled and morose man.

At first they were good friends. He had disclosed his tale of woe to Daisy. She was attracted to him too almost instantly. He was a handsome man. She too was a good looking woman of means. Before long they were in each others’ arms and in love. They met in secret as she knew her parents wouldn’t approve as he was of a different cast and cast mattered in that time and age and her mother was extremely strict about such matters.

They would exchange gifts like novels, books of poetry, drama and chocolates and once he even gifted her with a beautiful hand painted fan. It was a beautiful sight to behold when she held the fan in her hand and fanned herself. As time passed they moved on from school and to jobs and she became a science teacher in a well known school teaching the higher level students. He went on to join the Civil Service and became an officer in a government department in the agriculture sector. They were both posted close to each other and their relationship flourished.

He would buy a car and start living in an apartment in a residential part of the city. She would soon visit him here but he was very much the gentleman and would never “take advantage” of her as they called it then. This was play before the fore play. He was courting her. They were more than anything the best of friends. They had much to discuss between themselves as they had similar interests besides having like minds. They both loved reading, listening to music and dancing. So they enrolled at a dancing school and learned the Waltz, the Quick Step, the Foxtrot, the Rumba, the Samba and the Tango. They became fine exponents of these dance forms and were regulars at dances held in various venues around the city. Dancing brought them together and close in a way that was otherwise not possible.

He had build up a vast collection of long playing and EP Vinyls with money he found by giving his blood to the Blood Bank during his student days. Whenever she came over to his place the place would be transformed into a whirlwind of song. Bin Crosby, Frank Sinatra, Louis Armstrong, Rosemary Clooney, Doris Day, Edith Piaf and all the Waltzes by the Masters would be played on his turntable by him for their listening pleasure. Then they would read out from the latest poetry they had encountered or from a bit of prose, have a meal and call it a day. He would drive her to a spot a fare distance from her house and drop her off from where she would walk home. Sometimes she had to take her car driven by their chauffer and she would get dropped at the library and then take a taxi to his place. In which case he would drop her back at the library at the end of the day and she would take her car from there. Everything had to be carefully planned out to avoid detection by her family.

They went on like this for nearly five years, by which time she decided to inform her parents of her relationship with Malli. Her mother immediately rejected the idea and arranged for her further studies in another land. A long way away from where the two of them were and it was heart breaking to see this wonderful relationship being forced to go asunder. But they held on tightly to each other even from miles away. They continued as best they could through letters and the occasional phone call. She would also return for holidays, when they would meet each other much to the annoyance of her mother.

It was a five year course that they had enrolled her for. She took the train from the north and travelled by ferry from where she would then board another train spanning the length of that country. She recalled later with immediacy how during the riots, she rescued a group of girls of the Islamic faith travelling from South Africa from the hounding Hindus when passing a Hindu state. The same would ensue when they passed through a Muslim state for the Hindus on the train. The mob would crash into their coaches and extricate the poor souls and slaughter them. She pretended to the mob that these were girls from Ceylon by getting them to remove their head gear that would give them away. The girls would be saved of the worst.

She came back home, transformed. She was determined to stand for her own rights no matter what. She would not give up meeting her soul mate. They had both held on to each other for ten years altogether. Ten years that also changed the way she dressed. In the Shalwar Kameez, the Gharara and other styles she would step out into the world.

Her mother’s plan of breaking up this relationship looked like it was falling apart. Nothing could stop them it seemed. They went on to continue with their lives as usual. Until one day she spoke to her mother and told her of her plans to be married to Malli. She was aghast. But nothing would stop her determination and with the help of her siblings and much persuasion she was finally able to change her mother’s mind. They had their wedding in her house with a party for a few friends and relatives at a simple ceremony.

“These are the photographs taken by your granduncle, Ben,” she told her granddaughter showing her wedding photos leafing through the family photo album. Look here, pictures of the Taj Mahal in Agra. “We went there by caravan, by moonlight, the Taj Mahal looked like a glimmering bejeweled shrine, a monument to love.” She brought back the entire magic of the night on which she and her friends had made the trip to this beautiful mausoleum, a token of love and devotion by Shah Jahan to his beloved wife Mumtaz Mahal. He it seems had himself said:

“Should guilty seek asylum here,
Like one pardoned, he becomes free from sin.
Should a sinner make his way to this mansion,
All his past sins are to be washed away.
The sight of this mansion creates sorrowing sighs;
And the sun and the moon shed tears from their eyes.
In this world this edifice has been made;
To display thereby the creator’s glory.”

To her granddaughter it meant the tears shed for the many slaves who laboured under the making of this vast monument, who were not ever mentioned and were forever forgotten. Be it as it may, tears were welling in her grandmother’s eyes recalling the days of yore. She had been to Simla to her friend, Sita Saani’s home where they were treated to fresh strawberries and macaroons filled with fresh cream. They had sat by the fire on plush rugs and cushions while the Naans were prepared for their dinner in a Tandoori oven, eaten straight off it with other delicacies finishing off with her favourite Gulab Jamun and Rasgulla for dessert. Here she was at the Red Fort in Old Delhi with her friends and on a houseboat in majestic Kashmir. Here was a man smoking the Hookah in one of the many Coffee Houses dotting the Delhi area. Quite the photographer, she had captured all these moments with her box camera.

After a time their life had taken a nasty turn with Malli losing his job and her having to be the bread winner of the family. They had borne the difficult times with strength given the ups and downs it held for them. There had been many an altercation whereby Malli had turned into an unrecognizable. It was very difficult for her to face this tragic reality. Somehow good sense prevailed and with her hard work, they had seen their four children through to the end of their education. The children they knew were assured of a good future and this was all they wanted.

As time went by they had become closer with their charges leaving their nest and the house being left to them. Daisy and Malli were denied much time together from then on for Malli was taken away by an untimely cardiac arrest which came on suddenly as death always does putting an abrupt end to what their lives on this earth could have been.

From the collection of stories, offspring Romances and Others by Sharmini Jayawardena. 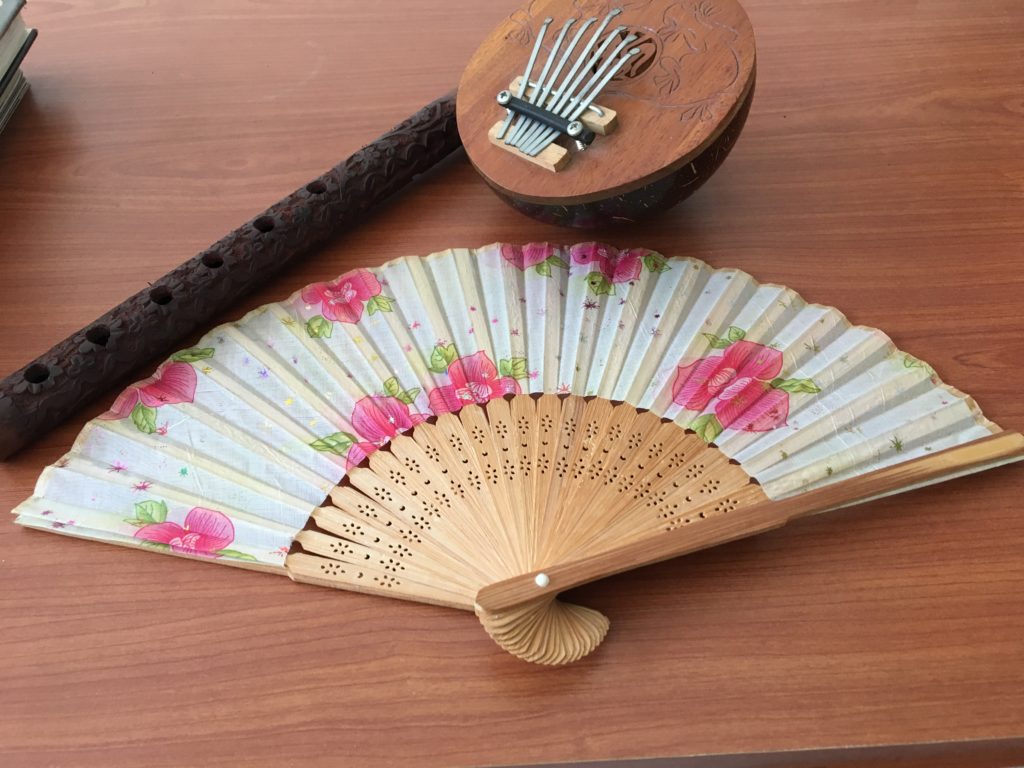 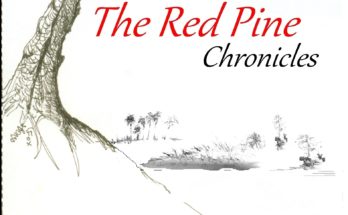 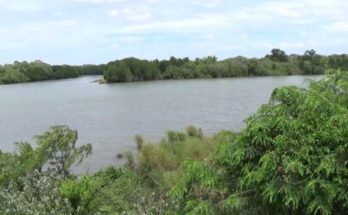