Looking back, from two years ago, i.e. 2017 until now, WeThePeople have Come a long long way!

In the run up to the 2018 midterm elections, WeThePeople of America faced a most brutal assault on their fundamental constitutional rights, brought upon them by the enemy within, which undoubtedly proved to be none other than – Congress!

It is disgraceful that the Country should have a Government working directly and deliberately against its own people just so the Democrats could bag the Senate and the House of Representatives in the Midterm.

Try as they might, this did not happen. WeThePeople managed to gain the Senate. This is a huge deal as the Senate has the ultimate say in passing legislature. As we have seen in the appointment of judges to the judiciary since then.

The underhand tactics the Democrats resorted to as a last ditch effort to gain power of both chambers of Congress were unparalleled in cruelty. The climate that prevailed both before and after the Midterm were caustic!

Here are some of the disgraceful and frightful realities that prevailed and continue to prevail, that WeThePeople MUST NOT FORGET:

▪️Failing to give due protection to its citizens under the Law! The callous disregard of, and deliberate inaction about acts of violence and murder, committed against WeThePeople by illegal aliens, brought into the Country for the express purpose with intent and machinations of the Democratic National Committee, (DNC), and the hierarchy of the Democrat Party, to traumatize and throttle WeThePeople.
▪️Interfering in the judicial process, twisting the outcome of lawsuits to suit their narrative.
▪️Numerous counts of illegal actions taken to assault the voting system including rigging the vote, in violation of The Constitution. In violation of the Natural Unalienable Constitutional Rights of WeThePeople.

▪️Deliberately attempting to derail and hijack the 2016 Presidential Election and change it’s outcome, by discrediting the then presidential candidate Donald J. Trump, in what we now know as an attempted coup involving a fake dossier created by the hierarchy of the Democrat Party.
▪️Inciting the witch hunt that continues to date, at tax payers’ expense, culminating in the fake Mueller Report!
▪️Numerous obstructions to Building The Border Wall to protect the Country from ongoing alien invasions created by the Socialist “Progressive” Globalists themselves, who are the Democrat Party hierarchy.
▪️The numerous alien caravans of alien invasions that were foisted on the Country, attempting to undermine its sovereignty!
▪️The continued and unceasing assault by the mainstream media propaganda or what I like to call the lamestream FakeAssNews media on WeThePeople, that is controlled by the Democrat Party hierarchy.
▪️The continued assault on the 1st Amendment Rights of WeThePeople by the FakeAss social media networks. Shadow banning Trump Supporting Conservative Patriots and deliberately unfollowing your followers! Attempting to silence WeThePeople.
▪️Prohibiting WeThePeople from wearing MAGA, Make America Great Again, hats, and subjugating them, even children, to all sorts of Apartheid practices including turning them out of restaurants!

▪️Turning those in the Trump Administration out of restaurants, just for being what they are – working for the Trump Administration!
▪️Creating and supporting Sanctuary Cities! A direct assault on The Constitution itself amounting to Treason.
▪️Setting up WeThePeople against one another by creating and supporting seditious and traitorous George Soros funded insurgents in the form of Antifa!

▪️Hijacking WeThePeople of their Ethnicity, their Environment, the Climate, the Endangered Species, the History, Science and even the Language belonging to WeThePeople, by deliberately corrupting each of these entities to suit their purpose.
Concocting words like Islamaphobia, in an attempt to Stop 🛑 all debate on this very important issue!
Creating a false narrative around the word “race”, for example, in order to build up false historical prejudices and guilt, to over power WeThePeople!
▪️Creating false narratives around anything and everything the Democrats want to bring down!
▪️The unforgiving, cruel and tragic events falsely created, leading up to Justice Kavannaugh’s appointment to the Supreme Court, continues.
▪️The gross Impeachment tactics to overthrow a duly elected president goes on to date!
Demonization of the president and his staff as unsuitable persons to run the Country.
▪️Dividing and ruling the so called “masses” by one Socialist “Progressive” Elitist Tyrant Class of RINOs, (Republicans in Name Only), and DINOs, (Democrats in Name Only), that further the agenda of the Council on Foreign Relations, (CFR), and the New World Order, (NWO), for a One World Government!

▪️Attempting to make all changes to the 2nd Amendment to Stop 🛑 WeThePeople from bearing arms as given to WeThePeople through Natural Unalienable Rights and reduced to writing in the 2nd Amendment! Disarming lawful citizens is an act of Tyranny!
▪️Murdering new born and unborn babies! Supporting the execution of abortions to change the demographic of the existing population Nazi style. Replacing the existing population with alien invasions with an attempt to destabilize the Country from within.
▪️Openly supporting gender bending and transgender couples among WeThePeople including children. Breaking up the traditional family unit, attacking the middle class with an attempt to drive them to extinction.
▪️Congressional elected persons who are members of the Democrat Party, openly speaking of anti-semitism in the chambers of Congress, in violation of the 1st Amendment, with absolute impunity!
▪️Promoting Islam with the express intent of making America into a Muslim state.
www.leafblogazine.com/2019/09/18/heres-the-deal-about-immigration/
▪️Leaving WeThePeople exposed to all crimes emanating from forced mass invasion of aliens in to these United States 🇺🇸 of America – Acts of Treason!
▪️WeThePeople have watched in horror and with deep sorrow, the burning of their nation’s flag, kneeling to their national anthem and brining down of their treasured national monuments, by created, paid for and bought zombies 🧟‍♀️ 🧟‍♂️, of the New World Order and Democrat hierarchy, who having committed all of these crimes, dare to call themselves Americans!

▪️WeThePeople have faced mass shootings, gun confiscations, death threats, unlawful searches, unlawful incarceration and the lot. All of which being attempts to create a fear-psychosis within the citizenry to stifle and throttle WeThePeople.

Does this sound to you like a Dictatorial Government run by Despots that MUST be brought down immediately?!

WeThePeople have braved a huge onslaught and continue relentless against all odds! It is heartening to see many voices of decent speaking up and taking action in defiance of the status quo on social media, even while being shadow banned by them. Way to go! Bravo 👏🏽 Bravo 👏🏽 Bravo 👏🏽 WeThePeople of America 👏🏽👏🏽🙏🏽🙏🏽👍🏽👍🏽💪💪🇺🇸🇺🇸❣️❣️ 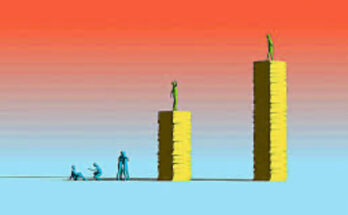 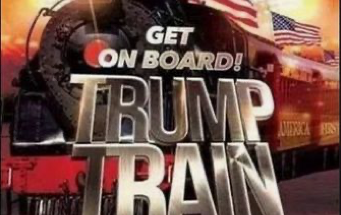