See how the Democrat nominees for the Presidential Election and their party stalwarts foul up, bleep and blunder to borrow a title from a well known TV comedy series 🤣🤣🤣!!!

These three different people making three different gaffés in the run up to the Presidential Election on 3rd November 2020, just makes these people and their party, the Democrat Party, a total loser act!

If this is all they can come up with, well then they are all truly bankrupt over there at the DNC.

The Republicans may very well laugh all the way up to the polling stations this Election Day, and that’s not the only feather in the cap for the Republicans, President Trump may very well win a landslide victory 👏🏽👏🏽🤣👍🏽🙏🏽🙏🏽💪💪🇺🇸🇺🇸❣️❣️

Just take a look at these so called pro-establishment, career politicians take to the limelight and piss all over themselves 🤣🤣🤣

What more is in the offing for us spectator voters is left to be seen 🤣🤣🤣.

Mind you, the Democrat Party credits themselves as being a well honed political party, competent at running election campaigns and winning at elections.

But what’s happening now? What’s happening here? Are they stumbling over each other not knowing what happened to them in wielding their own so called ‘strategical campaign gambit’ against WeThePeople? Abusing the likes of Antifa and Black Lives Matter, inciting them to commit rioting, looting, arson and murder, of the ordinary American citizen?!

Surely, if these politicians knew anything about Americans or anything about being American, they aught to know that crime is not the way forward. Americans love freedom and prosperity. Not oppression and poverty.

It is only too obvious to the onlooker that as socialism is well known to be, these leftist politicians have done nothing but keep their militant lot, just under the poverty line, so that they who live in mansions earning millions on the backs of their electorate, can manipulate the “masses” at will!

This is a very good question to keep in mind when you cast that vote on 3rd November 2020.

Once they de-fund the Police, will they use and abuse antifa and BLM in ‘maintaining
law and order’ their own way? Once the Democrats disown and throw the Constitution out the window, will there be mayhem in the Country? What is the law by which they will govern you once they have done away with the only document that holds all of their very activities legal, to date?

Will they replace the American Constitution fought for by the Founders and countless other Americans, and given to us by Natural Law, as Unalienable Rights, with Hillary Clinton guru, Saul Alinsky’s Rules For Radicals?

This will be the most likely fate of America and Americans, if these anarchistes come in to occupy the White House once again.

We must also realize, the Democrat party has evolved in to very militant mob since the time Barak Obama was President.

They are truly scared 😱😟 😦 beyond
their belief about what’s going to happen to them in the event they lose, more than they ever care for America or any American. That’s for sure.

Those whom they use and abuse these days, their illegal army of terrorists, will be left in the lurch, being misused to fight the general citizenry at will.

It is about time those abused and misused, bought and paid for by the funder, who heads the Council on Foreign Relations or the Deep State, that is George Soros is himself, targeted. In time, the antifa and BLM will turn against their very creator and creators!

For, be warned, the antithesis always stands to turn back on the thesis! Today, the antifa and BLM terrorists who loot, plunder and murder law abiding citizens, will take the law in to their own hands, to loot, plunder, pillage and murder those responsible for creating them or their creators! The creators of the very violence and mayhem they propound will be targeted next.

So, let us see what happens!

Both ways, the Democrat hierarchy stands to be eliminated from their positions of power and authority.

The mob takes over and stands to rule under Harris-Biden or law and order is maintained and peace and prosperity is established under a Trump Administration.

I don’t see it being very difficult at all to choose between the two candidates.

I’m looking forward to a Trump landslide Victory over our domestic enemies who are the DNC and The Deep State! 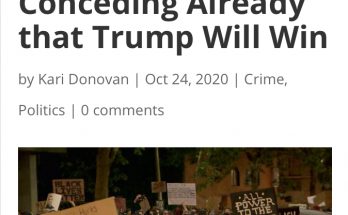 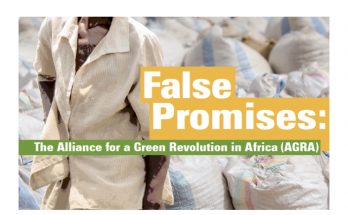 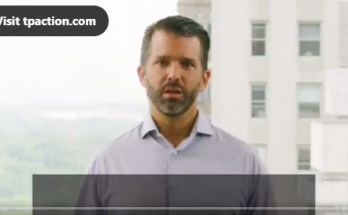