First off, the debate was boring until President Trump demanded former Vice President Joe Biden to name one single law enforcement group which will endorse him 🤣🤣🤣👏🏽👏🏽👍🏽👍🏽🙏🏽🙏🏽💪💪🇺🇸🇺🇸❣️❣️

Secondly, President Trump makes Biden EAT HIS OWN WORDS, when he asks Biden if he supports the Green New Deal of the Democrat squad, and Biden is forced in to saying “NO” and he supports the Biden Plan which we all know is NO PLAN🤣🤣🤣

And, Yes, of course Sleepy, Sloppy, Creepy Joe had forgotten his Party’s days of Benghazi ‼️‼️‼️

Joe Biden, does he even play a sport? Does he even know what it means to inspire a whole lot of people by playing golf ⛳️ 🏌️‍♀️ 🏌️ Hey, Joe Biden 👉🏽The golf playing ideology is what we all want to aspire to be, if you didn’t know, “birdie“‼️

Here are some others who believe in the Trump ideology or the Trump vision, and how he presents it to the world, which is his trump card ⬇️

https://www.instagram.com/p/CFvk8KxjWtN/?igshid=wupuopuqgqot
Altogether, I would place my bets on President Trump for having come out a true winner in this Debate!

At a point, I couldn’t help but think that the questions were given to Biden before hand and that he had prior knowledge of the questions asked! It felt like Biden was speaking out of a scripted speech!

I felt more so as the moderator, Chris Wallace, goes out of his way to seem fair and just by both candidates!

Chris Wallace being a known Democrat supporter, by the way‼️
https://www.google.com.tw/amp/s/www.townandcountrymag.com/society/politics/amp34207985/chris-wallace-fox-news-journalist-facts/

This is what some Trump supporters found was going on with Joe Biden last night 👇🏽
Yes! Biden has a wire in his shirt‼️ 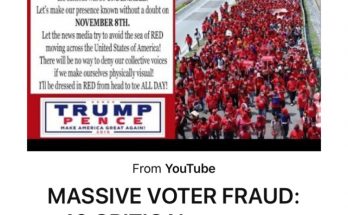 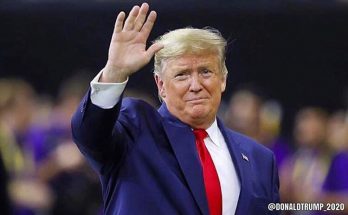