Leaf idioms and Leaf related references are a plenty in the English lexicography.
☘️ Take a leaf from his book
☘️ Turn over a new leaf
☘️ Make like a tree and leave
☘️ Shake like a leaf
☘️ Green backs
☘️ Cheque leaves

Here’s to a cuppa

🟢 The woven leaves of the coconut palm 🌴 for example, help create roofs for thatched houses.

🟢 The young coconut leaf is used in making decorations for festivals and special occasions in South Asia.

🟢 It is used in the preparation of the special rice dish known as ketupat in South East Asia.

A Gotukola or Centella Asiatica leaf sambol or salad 🥗
Gotukola is my go to kola for brain nourishment! 😄 No kidding.

🟢 Many animals like elephants survive entirely on eating leaves.
🟢 Leaves create food known as chlorophyll, for plants and trees in the process of photosynthesis.
🟢 Grass leaves provide for clothing as in skirts, for the Hawaiien community.
🟢 Leaves provide shade and act as sound barriers in congested areas.
🟢 Leaves clean the air we breathe by purifying the air in the process of taking in carbon dioxide and giving out oxygen.
🟢 In ancient times the first writings were recorded on ola leaves and papyrus leaves to document history for posterity.

🟢 Medicinal leaves are used in numerous forms to cure ailments in Aruvedha or holistic medicine.
🟢 In different parts of South Asia, the betel leaf is used as a chew, along with other condiments.
A sheaf comprising 40 leaves of which, also known as a bulath atha, is offered when receiving an honoured guest at an auspicious occasion.
🟢 The banana leaf and lotus leaf are both used in place of a dish or as a substitute for a dish in different parts of South Asia.
🟢 The banana leaf is also used in wrapping food. Especially the famous Dutch burgher dish known as lamprais comes wrapped in a banana leaf.

🟢 The most sought after and relished breakfast of South East Asia known as nasi lemak is wrapped in a banana leaf in a conical shape.
🟢 The juice of the pandan leaf or screw pine leaf is used for flavouring tea time delicacies known as kueh in South East Asia.
🟢 Many leaves of herbs like pandan, lemon grass, lime, turmeric, curry leaf, basil, thyme, rosemary, oregano and others are used in both eastern and western cuisine the world over.
🟢 The banana leaf is also used for protection from the rain instead of an umbrella. So is a wide caladium leaf used for this purpose.

Therefore, leaves are of paramount importance to us who live on this planet called, Earth.

Here is a link that will take you back to tree related usages of words in sayings and expressions.

When it comes to songs, many are the titles of songs that refer to leaves and trees.
English songs like, Autumn Leaves and The Last Leaf, come to mind.

The song, The Last Leaf, may have been inspired by the story, The Last Leaf, by O. Henry, published in 1907. It speaks of how an artist makes another younger artist who’s stricken by pneumonia during a pneumonia epidemic, live on, by making her focus on the last leaf on an old Ivy creeper that “clings to the bough” as the words of the song goes. The older artist however, dies of the pneumonia having been exposed to the cold.

The song The Last Leaf by The Cascades sounds like this:

The most prominent leaves in usage today as symbols, to my knowledge, are the Shamrock, the Bo leaf and the Maple leaf.

The Shamrock is associated with St Patrick, the patron saint of Ireland 🇮🇪 who is supposed to have used it as a metaphor for the Christian Holy Trinity.

The Bo leaf or the leaf of the Bodhi tree, also known as the sacred fig plays an important role in Buddhism.

The Buddha is supposed to have derived the shade of the Bo tree, while attaining the supreme bliss of Nirvana! Therefore the Bo tree is venerated by Buddhists all over the planet, to this day.

Countries like Canada 🇨🇦 and Sri Lanka 🇱🇰 have the image of the Maple 🍁 leaf and the Bo leaf on their national flag.

According to Irish folklore, the four-leaf clover, of the Shamrock ☘️, is considered a lucky 🍀 omen when sighted in your garden or growing in any other place.

The Stevia leaf is a well known healthy form of satisfying our sugar cravings as it is so many times sweeter than sugar and so much less harmful than pure white sugar!

Then, there’s the Marijuana or the Cannabis leaf, known to be the most potent of medicinal plants. The leaves of which are considered to to have the ability to cure multiple ailments and diseases.

As hemp, the variety of the plant is often used for its non-drug use. Cannabis as hemp has long being used as “hemp fibre, hemp seed and hemp oil, hemp leaves for use as vegetables, hemp juice, medicinal purposes and as a recreational drug”.

Do add more leaf idioms and leaf related references that I may have overlooked, to this list, in the Comments box bellow.

I spotted this beautifully spread carpet of golden leaves 🍁 shed by trees in a park in North Melbourne, Victoria, Australia, in the Winter of 2017. They are possibly oak leaves! 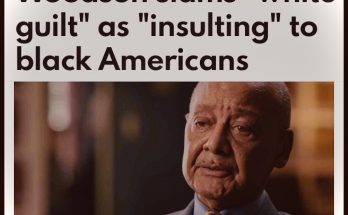 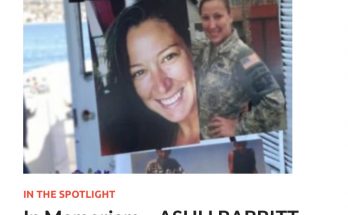 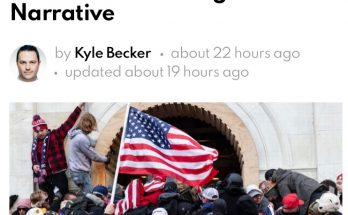