Donald J. Trump is the very definition of the American success story. Throughout his life he has continually set the standards of business and entrepreneurial excellence, especially with his interests in real estate, sports, and entertainment. Likewise, his entry into politics and public service resulted in the Presidential victory in, miraculously, his first ever run for office.

After graduating from the Wharton School of Finance, Mr. Trump followed in his father’s footsteps as a real estate developer, and he entered the world of real estate development in New York. The Trump signature soon became synonymous with the most prestigious of addresses in Manhattan and subsequently throughout the world. An accomplished author, Mr. Trump has authored over fourteen bestsellers and his first book, The Art of the Deal, in addition to being the #1 book of the year, is considered a business classic.

Mr. Trump announced his candidacy on June 16, 2015, and after seventeen Republican contenders suspended their campaigns, he accepted the Republican nomination for President of the United States in July of 2016. Mr. Trump won the election on November 8 of 2016 in the largest electoral college landslide for a Republican in 28 years. He won over 2,600 counties nationwide, the most since President Reagan in 1984. Additionally, he won over 62 million votes in the popular vote, the highest all-time for a Republican nominee. He also won 306 electoral votes, the most for a Republican since George H.W. Bush in 1988. Millions of Americans rallied behind his message of rebuilding our country and disrupting the status quo—this was a truly national victory and a historic movement.

Donald J. Trump campaigned in places he knew Republicans have had difficulty winning—Flint, Michigan, charter schools in inner-city Cleveland, and Hispanic churches in Florida—because he wanted to bring his message of economic empowerment to all Americans. Millions of new Republicans trusted Mr. Trump with their vote because of his focus on delivering prosperity through better trade deals, and as a result there were healthy margins of victory in newly red areas. It is clear that President Trump’s win is one that brought Americans of all backgrounds together, and he is ready to deliver results for the nation on day one and every day of his tenure.

President Trump has been married to his wife, Melania, for twelve years and they are parents to their son, Barron.  Additionally, Mr. Trump has four adult children, Don Jr., Ivanka, Eric and Tiffany, and eight grandchildren.

Mike Pompeo was sworn in as Secretary of State on April 26, 2018. He previously served as Director of the Central Intelligence Agency from January 2017 to April 2018.

Prior to joining the Trump Administration, Mr. Pompeo was serving in his fourth term as congressman from Kansas’ 4th District. He served on the House Intelligence Committee, as well as the Energy and Commerce Committee and House Select Benghazi Committee.

Prior to his service in Congress, Mr. Pompeo founded Thayer Aerospace, where he served as CEO for more than a decade. He later became President of Sentry International, an oilfield equipment manufacturing, distribution, and service company.

Mr. Pompeo graduated first in his class at the United States Military Academy at West Point in 1986 and served as a cavalry officer patrolling the Iron Curtain before the fall of the Berlin Wall. He also served with the 2nd Squadron, 7th Cavalry in the US Army’s Fourth Infantry Division.

After leaving active duty, Mr. Pompeo graduated from Harvard Law School, having been an editor of the Harvard Law Review.

Mr. Pompeo was born on December 30, 1963, in Orange, California. He is married to Susan Pompeo and has one son, Nick. 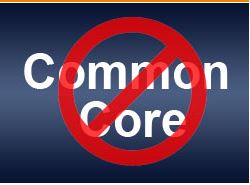