You know it’s going to be a great meeting when people start showing up an hour and a half early. Though the meeting wasn’t scheduled to start until 1pm, folks showed up early, some as early as 11:30p. All eager to discuss politics and the restoration of our American Republic.

To begin with, a group of new folks came to our meeting. They want to start their own political group in the Southern Twin Cities. They attended our meeting to get ideas of how to start their own group. They said they will attend 2-3 times then strike out on their own… We offered our support and encouragement at the same time encouraging them to give their own group a “personality” reflective of their own style… We don’t want “cookie cutter” emulation, nor do we want rigged compliance with authority. We want to encourage rugged individualism, creativity and free thinking in new groups. By the end of the meeting, these new folks seemed to like preliminary path and vision for restoration of the Republic the group charted during the meeting. We hope that soon their will be another MNCOC (Minnesota Committee of Correspondence) Restore Our Republic group operating in the Southern Twin Cities.

After an orientation for the new folks, (while the rest of the group discussed other topics discussion drifted to what should we do to restore the Republic.

We were reminded that people are being distracted by too many issues. And, the consensus was both a result of busy lives and a likely a strategy of the Political Establishment to distract the masses from focusing on the most important issues. This namely being the duty to hold our government accountable and enforce adherence to the US Constitution, Bill of Rights, Natural Law and the Rule of Law. Nor the Sovereignty of WE THE PEOPLE. In the end, the group consensus was we must “laser focus” on our goals towards Restoring Our Republic, and ignore all issues not directly related to achieving our mutual goals (as well as ignore all information that we cannot VET)

The group agreed our group is not going to be just a cheer leading, “voter feeder” churner for any political party. While we agree we will encourage all persons legal to vote, to vote; the fraud surrounding Election 2020 leads us to believe that future elections are not viable “peaceful remedies” to Restore Our Republic.

The group consensus further, was that the integrity of Minnesota and Federal Courts has declined greatly. So much so, that the Courts also are not viable, “peaceful remedies” through which we can Restore Our Republic.

To wit, it was suggested we should follow the roadmap for dealing with tyranny left us by the US Founders. To begin with, it is tried and true and has proven successful already in the past, as evidence by the existence of our Republic.

This roadmap of the US Founder’s requires we must first document exhausting all peaceful remedies. As previously discussed, the consensus of the group is that the courts and elections are no longer viable peaceful remedies.

The US Founders began this process by writing to the King of England first asking for relief for their various grievances, and the demanding redress of these grievances. When these informal petitions for redress of grievances were ignored or denied, our US Founders took the next step.

The US Declaration of Independence defines the circumstances under which WE THE PEOPLE can exercise our Natural Right to, rightfully and legally withdraw our “Consent to be Governed” …

…That to secure these rights, Governments are instituted among Men, deriving their just powers from the consent of the governed, –That whenever any Form of Government becomes destructive of these ends, it is the Right of the People to alter or to abolish it, and to institute new Government, laying its foundation on such principles and organizing its powers in such form, as to them shall seem most likely to affect their Safety and Happiness. Prudence, indeed, will dictate that Governments long established should not be changed for light and transient causes; and accordingly, all experience hath shewn, that mankind are more disposed to suffer, while evils are sufferable, than to right themselves by abolishing the forms to which they are accustomed. But when a long train of abuses and usurpations, pursuing invariably the same Object evinces a design to reduce them under absolute Despotism, it is their right, it is their duty, to throw off such Government, and to provide new Guards for their future security…

The consensus was to pursue the formation of Committees of Correspondence (COCs) in the Style of the US Founders, beginning with our group, and encouraging others to do likewise through Minnesota and the Country. And that these COCs should devise a process to create 2 Unified New “Declarations of Causes”; One to be served upon the US Congress, and One, specific to their particular state, to be served upon their State Legislatures. These Declarations of Causes to have a 6-to-18-month deadline for compliance by absolute redress of all the grievances listed therein.

Should the current, official US Congress fail to comply with satisfactory redress of each of our grievances by the deadline, then 10 million (3%) Americans shall go to DC and not leave until Congress complies. Similar protests would occur in each of the State Capitals thereafter as directed by their State COCs.

The failure of government to redress our grievances contained in our yet to be created, new Declaration of Causes, is the signal of war and revolution in this new paradigm. And it fulfills both the US Founder’s requirements for withdrawing our “Consent to be Governed” and is a necessary adaptation to the Progressive Globalist Insurgency’s new war and revolution paradigm by slow, covert infiltration.

There was general consensus by our group to move in this direction, but no actual vote to officially move this direction. (Voting was delayed to allow time for a larger membership to be amassed to participate in such a vote)

It was reiterated, however, that US Founders demanded that in dealing with tyranny, we must first exhaust all peaceful remedies before we can withdraw “Consent to be Governed” and consider alternative remedies. That is the function of the deadly of the Declaration of Causes. The failure of government to capitulate by the deadline will signal to the masses that a revolution is officially underway. WE THE PEOPLE are the sovereigns of our Country and the Republic.

In the meantime, while we take the necessary time to gain numbers and momentum, we discussed what interim measures we can take to work towards our goals. Since the Progressive Globalists are fighting an unconventional revolution (paradigm shift) we must adapt and adjust our counter-measures and counter-revolution tactics to be effective against those of the nontraditional tactics of the Progressive Globalist Insurgency.

To summarize, it was pointed out, that by design the start of the Progressive Globalist Revolution was not signaled with gunfire. Specifically, the Progressive Globalist Revolutionary battle plan represents a paradigm shift from traditional military tactics. Borrowed from the UK Fabian Socialist, it calls for revolution by slow, covert incremental infiltration over generations so no one generation notices enough change to be moved to resist, revolt or mount a counter-revolution. Its entire strategy is based on not providing any signals to the masses that there is a revolution occurring.

All in the group agreed that, in fact, we are in the middle of a nontraditional revolution. As such we must develop interim tactics, strategies and Counter-Measures effective against our opponent in this new paradigm of war and revolution…

It was suggested we should go about peacefully neutralizing command and control of the Progressive Insurgency, similar to what General Schwarzkopf did in the Iraq War. Command and Control being the Rothschild, Rockefeller, Soros and Gates families, the Rothschild’s Council on Foreign Relations (CFR), the Rothschild’s EU Bilderberg Group, and the Rockefeller Trilateral Commission, as well as the Rothschild Federal Reserve (Banking) System.

Then we talked about how the US, and the Allies, went after German Munitions factories in WWII. The ammunition the Rothschild Progressive Globalist Insurgency is using is cash from its worldwide Central Bank, Debt Based Fiat Money Criminal Conspiracy. Forcing the shutdown of the US Central Bank (Federal Reserve System) would effectively stop the Progressives from accumulating more ammunition to bribe our government officials with.

And finally, we talked about a writing campaign demanding all politicians agree to dismantle the entire Administrative State, the seditious and treasonous newly created 4th Branch established by the Progressive Globalist Insurgency under Progressive Democrat President Woodrow Wilson 1813-1923. (Pages 40-49, ”Illiberal Reformers: Race, Eugenics and American Economics in the Progressive Era” by hardcore practicing Progressive Professor, Thomas Leonard, 2016) All of this Premised on the Progressive Globalist Elite assertion that the masses are too stupid to govern themselves (Pages 51-52, Ibid.)

Some of the group were enthusiastic about promoting a writing campaign to this effect. They want to be doing something in the interim between now and when the Committees of Correspondence Movement gains the necessary critical mass to succeed.

It was also noted that more folks under 30 might be encouraged to attend if they were constantly reminded that Progressive Elites assert the masses are too stupid to govern themselves (page 51-52, Ibid)

During the entire meeting, the need to educate folks under 35 as to the founding philosophies of the US Founders was repeated brought. Some suggest they would offer free lectures on Natural Law to their own church and/or schools in their area. Many expressed concerned they lack the knowledge or skill to do so. Nevertheless, educating the masses is another vector to aid in achieving our goals…

And once again we spoke of the need to attract more minorities and people under 30 to our meetings. We floated the idea of offering to pay for lunch for the first new 5 persons of minority status or people under 30 who showed up and participated constructively in our meeting.

We cannot emphasize enough the need, desire and sincere welcome we extend to minorities, women and people under 30 years old… We would like to attract the 67% of American in the middle of the political spectrum. THE FOUNDATION OF AMERICAN CULTURE IS RUGGED INDIVIDUALISM, NATURAL LAW AND THE UNALIENABLE NATURAL RIGHTS OF THE INDIVIDUAL, not White People as some would have you believe.

YOUR SILENCE IS YOUR CONSENT!

Let’s Restore the Republic. United, WE THE PEOPLE, can defeat the Tyranny upon us!

The intention of these first informal meetings is to allow everyone to speak and make their suggestions of what direction our group should take (Bottom Up). The purpose of these free and open initial meetings being to begin to ESTABLISH TRUTH and create a common “Perspective/Perception of Reality” among us from which we can decide what course of action to take, through Democratic Process. 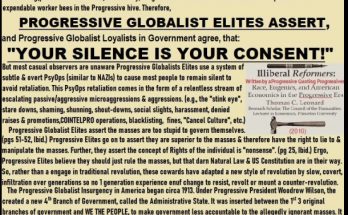 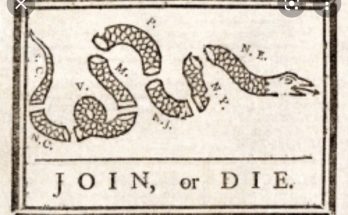 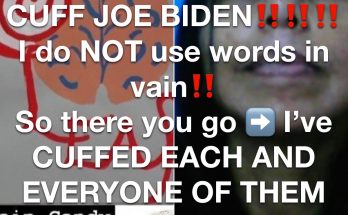 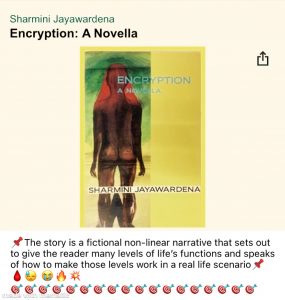