You’d wonder what this purism is all about. Well, I didn’t want to call myself a constitutional originalist though that’s what purism is, with respect to the Constitution.

I’ve been hearing more than once of not so nice words been spoken about the Founding Fathers of Our Great Nation, and it makes me sick and sad at the same time.

So what if our founders were Masons! To begin with you too are categorised as belonging to one way of thinking or another. But that doesn’t make you all bad nor are all those categorised in your same category – bad. There I said it. So just like yourselves, there are good Masons and bad Masons.

Besides, Masonry today is different to what Masonry was back in the seventeen hundreds. You have to consider all of these factors before you put your foot in your mouth. It is sad that some of these people who slander the Founders also belong to the Republican Party. I think they have no idea of what they are about. In other words, these people are totally and absolutely confused and/ or ignorant. These are people whom you can’t even call the “young and gullible”. They are in there seventies!

The constitutionalists are the liberal socialist democrats or those who think in that way. Those who say the days and the ways of the Founders don’t apply to today’s life! They interpret the original document in ways that suit their own beliefs. What happens if each one of us gonon to interpret the Constitution in our own way? We will end up having as many constitutions as there are American people.

This is the reason why I have become a purist. I have become a purist so that I can always stand by the original document. There is a reason for this. If we keep modifying the Constitution, there will be nothing left of it in its original form and we will be eventually looking at a document entirely different from the original Document. That can’t be called the Constitution of the United States!

So, wayward changes and biased interpretations eventually amount to nothing. Just as they want to change our very identity, our gender, our language, our mathematics, and everything else they are good at changing to suit themselves, for their own benefit, want to change the Constitution as well. Ultimately they will reduce the Constitution itself, to nothing, just like themselves!

Right now, conservatives are fighting to keep life principles just as they should be. These are Unalienable Natural Rights granted to man by God, being reduced to writing in the Constitution.

When there are people who want to challenge the very existence of life itself, it becomes a very difficult task to hold on to your existing Natural Rights. These dim turds want to turn everything as we know it, on its head! It’s a very sad day for this planet and for those who have chosen to live on it as tradition deems fit. To have to put up with the common core educated or those who think like them, requires a special skills set.

When I said this to some one, that, certain republicans think the Founders are Masons and that the Founders were bad people, he just told me – “So what if they were Masons?!” “Yes, So what”. It doesn’t really matter does it?! For, we have built the greatest economy, the greatest Country as provided for us by the Founders. Based upon their way of governance, that of the Rule of Law and not of Man, all Americans are born equal under one God. They are governed by Natural Law. The Founders bequeathed this to us, having had it reduced to writing in the Constitution, Bill of Rights and the Declaration of Independence!

The evidence for all of the Founders’ success is right here before us as the United States of America! What more evidence than this.

Of course we have been cheated badly by the Democrats and the RINOs, (Republican In Name Only), many a time. In the year 1913, they introduced the fourth branch of government, called the Administrative Branch, surreptitiously in to the Constitution, during the presidency of Woodrow Wilson.

This is the reason why the opposition dares to question the sovereignty of the Constitution of the United States and criticize the sanctity of the American patriot, as they do. This is the paramount reason for us patriots to have suffered untold misery through the decades, with absolutely no knowledge of it.

And now I find yet another reason for this upheaval in America. Watch the following video which states that the United States has has as of 1871, two constitutions with having passed the Act of 1871!!!
https://en.m.wikipedia.org/wiki/District_of_Columbia_Organic_Act_of_1871

The chaos that ensued as a result, is undeniable! We the People, MUST turn this around somehow very soon and I know we will! Good will definitely win over Evil! 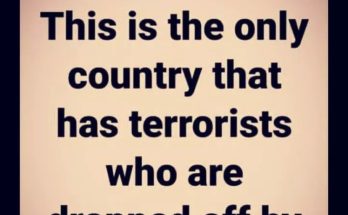 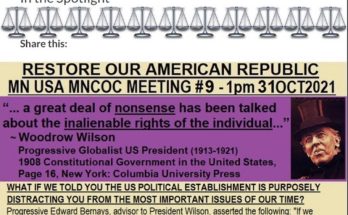