One person’s actions make happen the objectives of the collective whole or so one wise person has said.

Others say be the change you want to see.

Awesome: Just as I write this the very same song Make that Change by Michael Jackson, starts to play on my fave radio station Smooth FM 95.3 Sydney! Amazing people! Amazing! Just so dumbfoundedly Amazing! Talk about being in sync!

Having said that I am a low key but potent change maker (I like to think), in that I don’t donate (sadly for being broke the whole time), don’t attend marches or demonstrations and don’t take part in any of the related activities.

I sign petitions however. I write game changing posts to Leafblogazine, or so I would like to think.

This alone has helped create a huge positive change in many issues that need to be vehemently addressed the world over, according to SumOfUs (www.sumofus.org). It has stopped authorities, governments and organizations on their very tracks from continued and renewed actions in poisoning this world due to their various attempts at destroying it for profit!

For example, from petitions signed by a world wide body of people like SumOfUs along with their donations which engage expert lawyers to fight cases in courts and produce large banners and videos across the planet and so on, they have made countries like France bring down all bee killing neonicodenoids from their supermarket shelves. This, by introducing legislature fighting those supporting the Frankenstein Corporations, and the Corporations themselves that produce these.

Now, SumOfUs is on its way to make the European Union pass the vote to ban all neonics!

If the main natural pollinators like the bees and the butterflies are eliminated by the use of these pesticides and herbicides like Gyphosate our food chain stands to suffer gravely!

The protests staged to fight for the implementation of the TPP (Trans Pacific Partnership) was a resounding victory.

(However, the United States having withdrawn from the Agreement in November of 2017, i.e. this year, the other 11 signatory countries are now made to renegotiate the Agreement.)

Organizations like SumOfUs are people’s organizations which put people and the planet before profit!

This is the big difference between them and the Multinational Corporations like Nestle who sought to continually rob the people of their pristine drinking water in New Zealand and in Osceola, Michigan, U.S.A. There are those corporations that are in the business of fracking which contaminate the drinking water in places like Flint, Michigan, in the USA for example. Those others who set up pipelines transporting fossil fuels across the country/countries contaminating the drinking water belonging to the people sought to put greed for wealth and power before people and resort to put arbitrary destruction before preservation.

Three Canadian banks (Toronto-Dominion Bank Securities, Scotia Bank and The Royal Bank of Canada), are among two dozen other financial institutions responsible for funding these pipelines across the United States. Protestors are trying to force the banks to withdraw their actions and stop all transactions with the Project. www.commondreams.org/newswire/2017/10/23/indigenous-people-lead-global-divestment-protest-banks-investment-fossil-fuels

The groups that are reliable and effective in their protest actions to my knowledge are March Against Monsanto, SumOfUs, Friends of the Earth. The Organic Consumers Association. Others like One Green Planet, World Animal Protection, Save Animals Facing Extinction, Sierra Club also pass the test to name a few.

These organizations, as far as I know, are not motivated by party politics but are politicized activists that are genuinely interested in furthering the cause of saving the planet and its many inhabitants including its flora from extinction. Failing which our entire planet will be at risk of being depleted!

Having secured the fight against those humongous Corporations, in their bid to gain control of agencies directly connected to the well being of the population in terms of the food chain and that of pharmaceuticals, the people have won in many instances.

However the fight is not ended yet. We have the huge war in the form of the Mega Merger  between Monsanto and Bayer in our hands!

Monsanto is the monster Corporation which is trying to force the entire farming populace of the planet to depend on their Genetically Modified (GM) seeds to grow all of our food! This is a travesty of our very rights hitting our very stomachs!

Once the farmers are deprived of saving their seeds and heirloom seeds are no longer available to us we will be nothing but monsters produced by the Monsanto Corporation! Since, as they say, “We are what we eat”, after all. 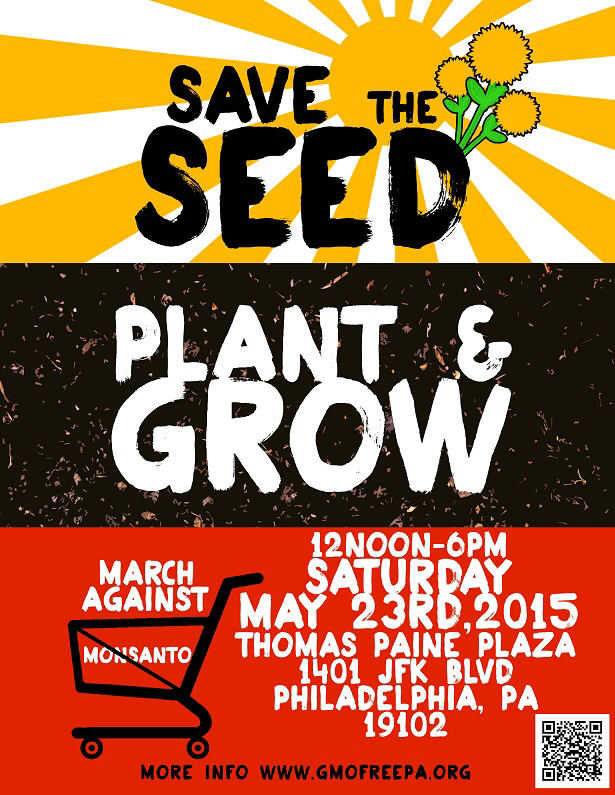 They want to make sure they have control over every important sector or every factor of our lives. By merging with Bayer which is a widely known fertilizer company along with Monsanto’s pesticide Glyphosate, they sort to contaminate and destroy the naturally fertilized or generic earth of the whole of Europe so that together they can take control of our very existence, once they’ve got America and Europe in their pockets!

Upon eating this food produced by these monsters and when we fall ill which is inevitable, they will then turn us on to their friends in Big Pharma who produce a demonic pill for every possible ill making us invariably dependent on them for our health!

Just look at the insidious way in which these monsters have worked out the course of our soon to be sad lives, to take our lives into their hands!

So far SumOfUs has been successful in getting corporate giants like McDonald’s,  Dunkin’ Doughnuts and Starbucks and other such corporations to agree to stop contributing to conflict palm oil which posers a grave threat to the ecology of the Rain forests in South East Asia. Their actions are killing off threatened animals like the orangutans, the rhino and the tiger not forgetting the exploitation of labor, especially in engaging children to work in the oil palm plantations.

Yet, Pepsi is to agree to move out of using conflict palm oil in producing their range of junk food products.

We The People must also move to force these corporations out of business by boycotting all of their products NOW!

I for myself have made the paradigm shift by using coconut oil made in Malaysia, for all my cooking. I have stopped the consumption of all packeted and branded snacks. I hardly eat fast food made by these corporate Moghuls. I am also a vegetarian though it is not essential to be so, as long as you don’t consume tons of meat 🍗🥩🍖 🥓🍤and also eat free range.

The idea behind this is also ethical while being an healthy option. With a drop in our consumption of meat, those who rare these animals will be forced to stop their gruesome methods of factory farming they adopt to get that meat to your table!

It is definitely going to be awhile before we get hooked on the healthy alternative of being vegetarian however, even if it is for a few days of the week!