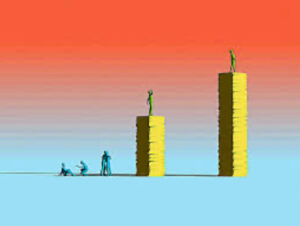 This comes as a pun on Kumari Jayawardena’s research thesis titled Nobodies to Somebodies, setting forth to understand the real story behind particularly the Durava caste, and other neutralized or even trivialized castes of Sri Lanka.

I have not read the book. But, having been born to a Durava father, I understand very well what Kumari Jayawardena seeks to enunciate in her book. The type of prejudice and partiality shown in various quarters by the hierarchy in the caste system, towards the ‘inferior’ castes, was unacceptable.

If you look at the social clubs, which pose as sports clubs, an adjunct coming from the Colonial times as in club-ism in the upper crust of British society, you see what I mean.

The Sinhalese Sports Club or the SSC, situated in Maitland Place, Colombo 07, is jokingly known as the Salagama Sports Club. The Salagama people belong to the cinnamon peeling caste, and the weavers and soldiers. They form the backbone of the wealthy residential high society coterie who come from the area known as Kurunduwatte, Cinnamon Gardens and Colombo 07.

In fact, Cinnamon Gardens, Colombo 07 was built upon their wealth!

This cinnamon peeling caste honed their wealth exporting the rare spice even now known distinctly as Ceylon cinnamon! Beyond this their contribution to the broader society as a whole has been minuscule, if I may say so.

They were derogatorily known as the Haali and the loud people!

The Govigama caste, which my mother came from, was considered the top of the heap, being the providers of the most important factor for the Kingdom in an Asian feudal society, rice cultivation and the production of rice. Btw, my father used to call them “earth worms” and rightly so as they remained dormant, but fertilizing the earth.

According to general acceptance, second came the Salagama caste, and third in line are the Karava, or the Fishing cast. There are other minor castes down the line.

I’m not sure if rubber tappers also belonged to the Durava caste, as they too deal with trees.

However, the Salagama caste lorded over the rest for being the only individual procurers of foreign currency, especially in the later period of the predominance of this caste system. Thereby they proceeded to dominate most areas of society that mattered and were able to reach the upper levels of the Civil or Administrative Service as well as occupy the top jobs in the Mercantile Sector.

In other words, they were considered the be all and end all when it came to social niceties and fashionable living, needless to say, very erroneously.

As iconic Centres pertaining to the arts and the sciences developed and came to the fore, such as the Melbourne Art Classes, which is now known as Cora Abraham Art Classes or CAAC, Heywood or University of the Visual and Performing Arts, the CISIR or the Ceylon Institute for Scientific and Industrial Research, now known as the Industrial Technology Institute, and other such educational hubs opened up to the wider community, these Salagama strongholds were visibly denigrated to the back burner.

There were times when even the mere mention of Salagama names were uttered in absolute awe and rapture. Only to be heard in muted hushed terms!

The English speaking Sinhalese also had this uncouth habit of finding out what caste you belonged to by the way you spelled your name in English. Obviously, the caste system was unbelievably more important to these Sinhalese who were educated in English, rather than to their Sinhala speaking counterparts.

This is stupefying as English is supposed to have been considered a language of emancipation to the colonized! It is supposed to have opened up avenues as well as vistas beyond belief to those who were fortunate enough to acquire its skills and learned how to use it well.

Alas, it was not to be. Not to the sorry English speaking Sinhala community which was now not only fenced in by their colonial masters but also by masters who were created by their own people, the neo-colonial masters!

It took them a good 70 years and counting to at least recognize the value of their people who were by now excelling in numerous areas of expertise who were now setting the standards for fashion and fashionable norms.

You can breath a breath of relief in knowing so.

According to my father, the Durava caste meaning “Dhura Aawey” or coming from afar, were brought to Sri Lanka from Kerala State, India, by King Parakramabaahu the Great, or First, of the Pollonnaruwa period, as advisors to the King.

This is why in later times too they tended to be lawyers for the most part. the Tudawa, the Panditha Gunawardena, Pujitha Gunawardena, Ramawickrama Jayawardena names are still synonymous with the legal profession or the teaching profession in Sri Lanka.

Apparently, they had fallen out with the King and the King had banished them to the south of the Country!

In the latter day, you can regard N. U. Jayawardena, the first Ceylonese Governor of the Central Bank and founder of the only Sinhala Buddhist commercial bank in Sri Lanka, Sampath Bank, a prominent Durava figure. Then there is the husband and wife duo, Dr Lal Jayawardena, son of N. U. Jayawardena, and Dr Kumari Jayawardena, who’s contribution to society as a whole through their academic achievements are plentiful and can not be ignored.

In yet other areas in the commercial or private sector, Tudawa Brothers, the major construction company, Chemanex Plc and other private companies, iconic cinema actor Gamini Fonseka, and film star and husband of former first woman president, Chandrika Bandaranaike Kumaranatunga, Vijaya Kumaranatunga, and others come to mind.

These are but a few larger than life characters from this unrecognized group of people that come to my mind. People who have excelled who belong to the other castes and do not belong to the Salagama group are vast and many. I guess the heyday of the Salagama caste has properly and definitively come to a grinding halt!