What is Thanksgiving and why is it celebrated?
This secular American festival is almost as huge as Christmas, and it’s not just about the turkey.

Thanksgiving is a secular festival, with its origins in the 17th century, when the Americas were slowly being colonized by the British, and other European nations.

Thanksgiving is primarily a harvest-related festival. It is a day when people thank each other, and the Earth, for all the good things that one has been blessed with in life. The first Thanksgiving was celebrated in 1621, with a very interesting story to it.

The religious group from England, commonly known as Pilgrims, had a successful harvest after a very tough year. To celebrate this bounty, they invited the local Native American tribe of Wampanoag to their feast. The feast which lasted three days, had local delicacies like squash or pumpkin, corns, beans, goose, lobster, cod and deer.

According to the Telegraph, George Washington made the first National Thanksgiving Proclamation on October 3, 1789. But it was actually, Franklin D. Roosevelt who finally set the exact date of Thanksgiving in stone. So it was decided in 1939-1941 that Thanksgiving would be a national holiday on the fourth Thursday of November every year.

Every year, since the 1940s, the President of the United States is presented with a turkey or two selected by the National Turkey Federation. The President then ‘pardons’ one turkey (at least) from being a part of the Presidential Thanksgiving dinner at the White House.

This lucky bird is then allowed to live out its life free! This gesture of kindness towards livestock was made an official White House tradition by George HW Bush in 1989. Last year, President Barack Obama pardoned the last Thanksgiving turkey of his tenure with the words ‘Yes, we cran’. This year, President Donald Trump did the same at the Rose Garden of the White House.

But when and how did turkey become the recognised symbol of the Thanksgiving feast? Apparently, Edward Winslow, a Pilgrim, mentioned a turkey hunt before the feast in 1621. And turkeys have been a part of Thanksgiving dinner ever since.

Others say that wild turkeys are native to North America, so it’s logical that the only secular festival celebrated in the continent should include this weird-looking, but definitely delicious bird.

Here’s what’s on the menu?

A traditional American Thanksgiving dinner usually has a whole roasted bird–it can be turkey, goose or duck. Some people also prefer roasted ham.

A stuffing of bread crumbs, chopped celery, carrots, onions, chestnuts, bacon or sausage, raisins or apples, and sage stuffed inside the turkey for roasting, and is later set on the table as a side dish. There’s usually a cranberry sauce to go with this meal, and it ends with a traditional pumpkin pie. Yum !

Thanksgiving marks the beginning of the holiday season in America. This is the secular festival that ignites the celebratory spirit in people, the climax of which is reached around Christmas. But this does not mean that Thanksgiving is a festival second only to Christmas. No, in the USA, Thanksgiving is one of the biggest holidays, with good American football, the Macy’s parade, good food, and great company. 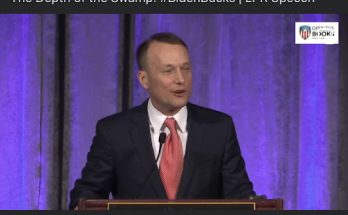