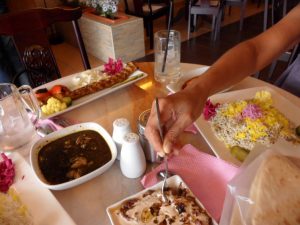 This little Iranian restaurant has the benefit of two hefty neighbours – South City Plaza visible from the trunk road; and CIMB Bank, the more immediate neighbour. Armed with precisely these two facts, Leaf’s Gournome went incognito and found the restaurant with relative ease, in what could be called the Middle Eastern quarter of Selangor.

Having been greeted by the burly Iranian proprietor and his trusty Burmese waiter/translator, we got right down to the business of ordering. As I perused the menu, the burly Iranian recommended the Kashk Bademjan, a starter of Eggplant, onion and curd. This foreign combination struck me as interesting, and the recommendation did well as it was the highlight of my meal, with its Mediterranean flavour. It had a slightly cheese like taste. 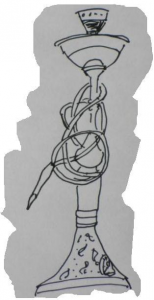 It was well complemented by the Iranian bread and it worked up an appetite for the other dishes, which included Ghorme Sabzi (a lamb stew), Saffron Chicken, Fava Bean Rice,Koobideh Kebab (lamb) and more Iranian Bread. Sadly though, these dishes were served all at once, and so they were not all warm when I got around to savouring them. It would have been preferred if they had been kept warm in the kitchen and served in succession.

The rice portions are copious, and the Fava Bean Rice was
a particularly flavoursome, herbaceous rice. The lamb stew was
quite delectable, although the portion should have had more meat
in it. It was served with a tricoloured mountain of rice. The Kebab did not disappoint, was of a good size and interestingly tasted a bit like gourmet meatballs or omelette with much onion. The Saffron Chicken received the least points though, owing to the fact that we found it too reminiscent of an Indian curry minus the chilli. 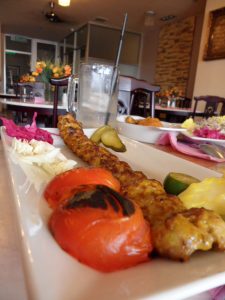 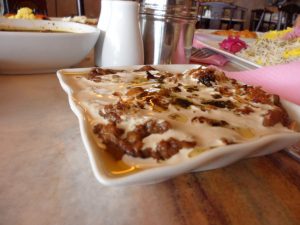 These dishes serve as a fine example of the wonder of cuisines such as the Iranian, which are influence seemingly in equal proportion by East and West, due to their strategic geographical location. You can taste the flavour of the Mediterranean, Moghul Zest and Silk Route Spices all in one meal.

The only thing lacking on the Menu was dessert. The restaurant would do well to include it. There was also no meat other than lamb and chicken although there were fish and vegetarian dishes. The service could have been better, though, in providing us more cutlery for serving these
dishes. You can eat here and eat well, with a friend, for a reasonable RM50-60.

In terms of ambience Ashpaz Bashi is relaxed with an air of a fine dining restaurant, overlooking the golf course at the Mines, with comfortable furniture indoors and air conditioning. They certainly haven’t stinted on the washrooms; they are a delight to visit, if ever there was a restaurant loo worth describing as such. The place gets happening at night until the wee hours. 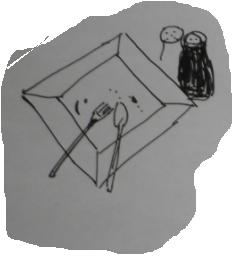 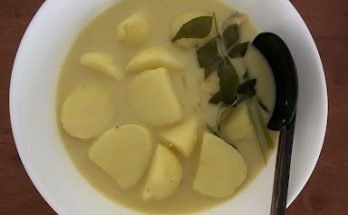 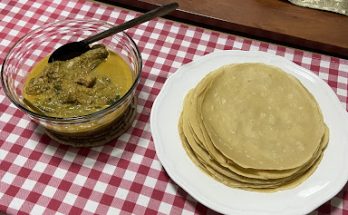 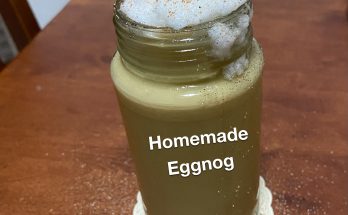