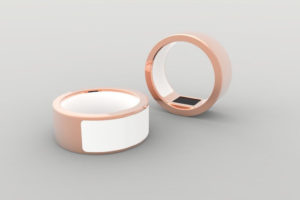 Will this latest in wearables seal marriage vows as well in the future I wonder?

Most probably there will be those of you who will say the big “I do”, exchanging Token smart rings which come in seven sizes and three different colors, adding to its value both as a utility as well as an aesthetically appealing gadget. Let’s call it the latest in gadgets: the gadget of gadgets then.

I stumbled upon Token while browsing through LinkedIn when I found it among Pethum Weerasinghe’s shares. Some of my interests listed on LinkedIn being new technologies and new gadgets.

So, here goes – Token – “This smart ring replaces your keys, credit cards and passwords. The Token Smart Ring is a smart connected ring that can replace cards, badges and more.” – July 12, 2017

Token is a bio-metric card designed to replace a list of giants in third party products and services.

According to engadgets, “smart rings aren’t a novel idea: There are plenty of fitness tracking, notification-sending, payment or even protective finger ornaments around. But none have the ability to identify you and authorize your transactions where ever you go. That is, until Token hits the market.”

Further, however nifty in theory this may all sound, without cooperation from the third parties that enable those authorizations, Token is all but useless.

The good news so far as these authorizations are concerned is that its makers managed to get support from an impressive list of partners including MasterCard, Microsoft, Visa and HID.

“That last Company is responsible for 80 percent of the key-less security systems in the market, according to Token’s makers.”

The December 2017 pre-orders have sold out. Token! The smart ring: An uber cool Christmas gift 🎁 for that special someone; certainly more than just a token. For those of you who have beaten the rest to it that is.

Full production begins Spring of 2018. So go get on the wait list.