Our Herbs Have Grown

I found mention of oregano oil being made in The Nutrition Watchdog. With so much dog  involved in this year of the dog, I thought I must get down to the making of it.

I harvested our second pot of oregano which I identified as Oregano Vulgare, by comparing the shape of the leaf to a similar variety, in pix, online. It is this variety that is used in making oregano oil. 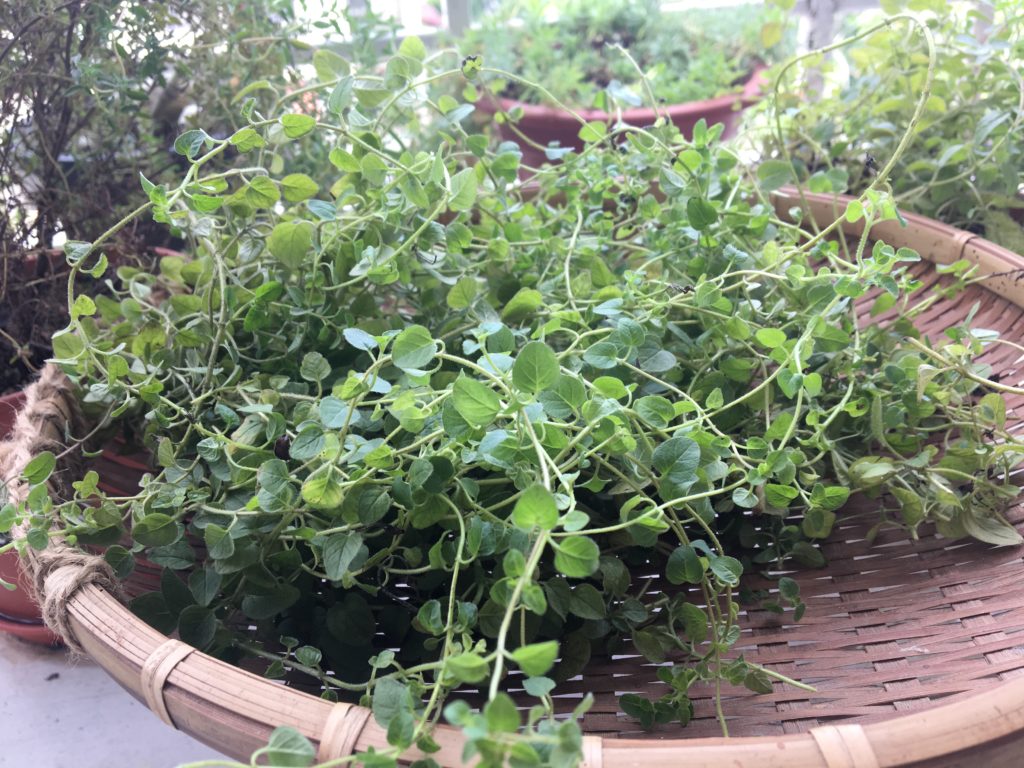 I followed a recipe but deviated from it where I found necessary.

1. Remove leaves from the stems and put them in a clean glass jar. (I used the tender stems as well, as they say every part of the oregano is efficacious.) The Greeks having called it “Mountain Joy” or “ Brightness of the Mountain⛰”

Make sure no part of the harvest is wet. For this will make bacteria grow in the oil. 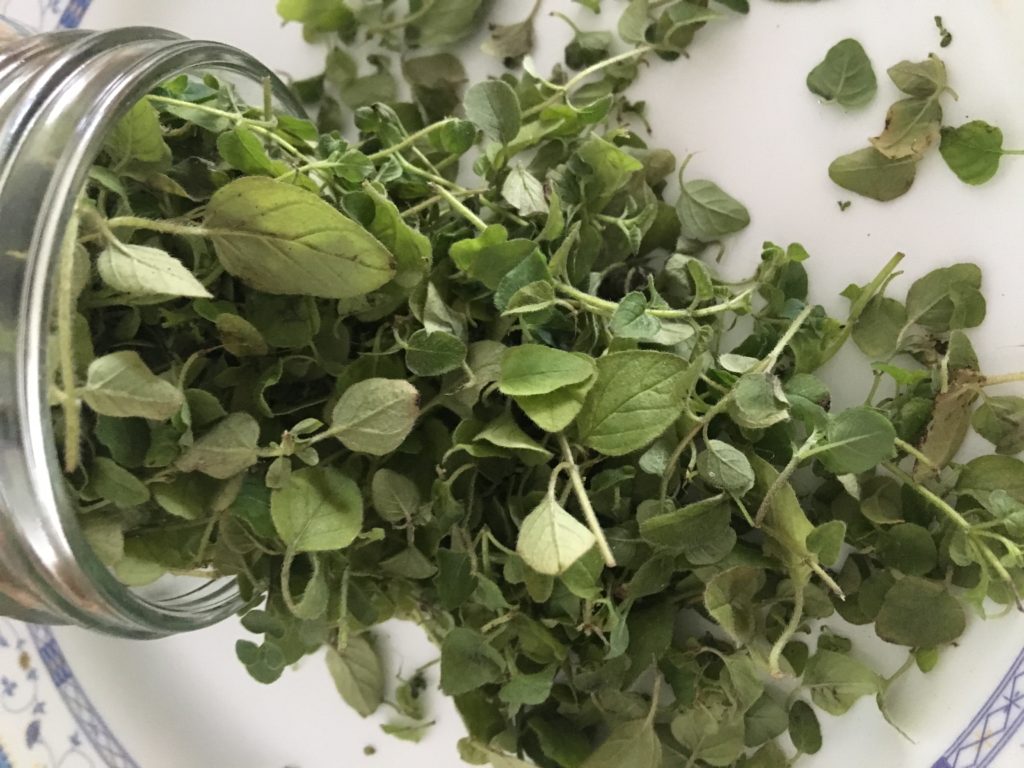 2. Add the oil of your choice into the jar to barely cover the leaves. (I used organic extra virgin coconut oil.)

3. Boil Water in a medium pot.

4. Place the jar in the boiling water. Reduce the flame to a simmer and leave for 10 minutes. 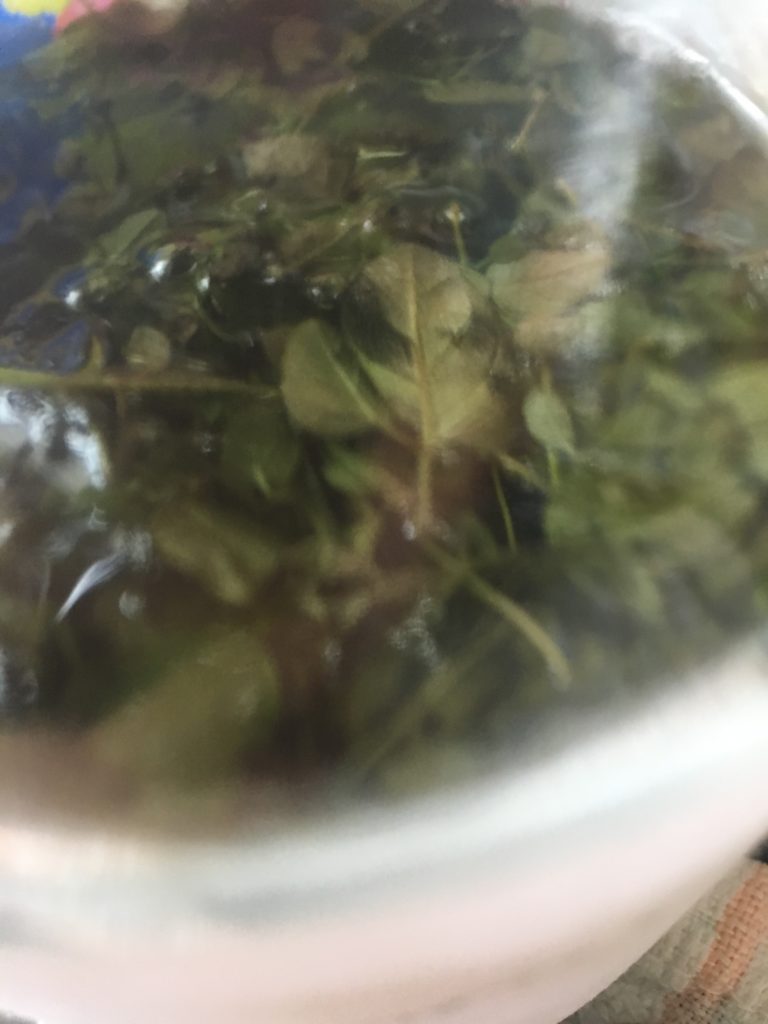 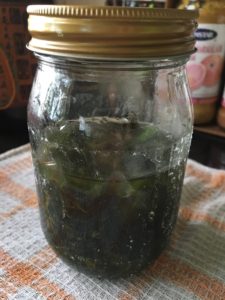 5.Remove from the water bath and place the lid on it. Leave the jar by a window that has sunlight for 2 weeks. 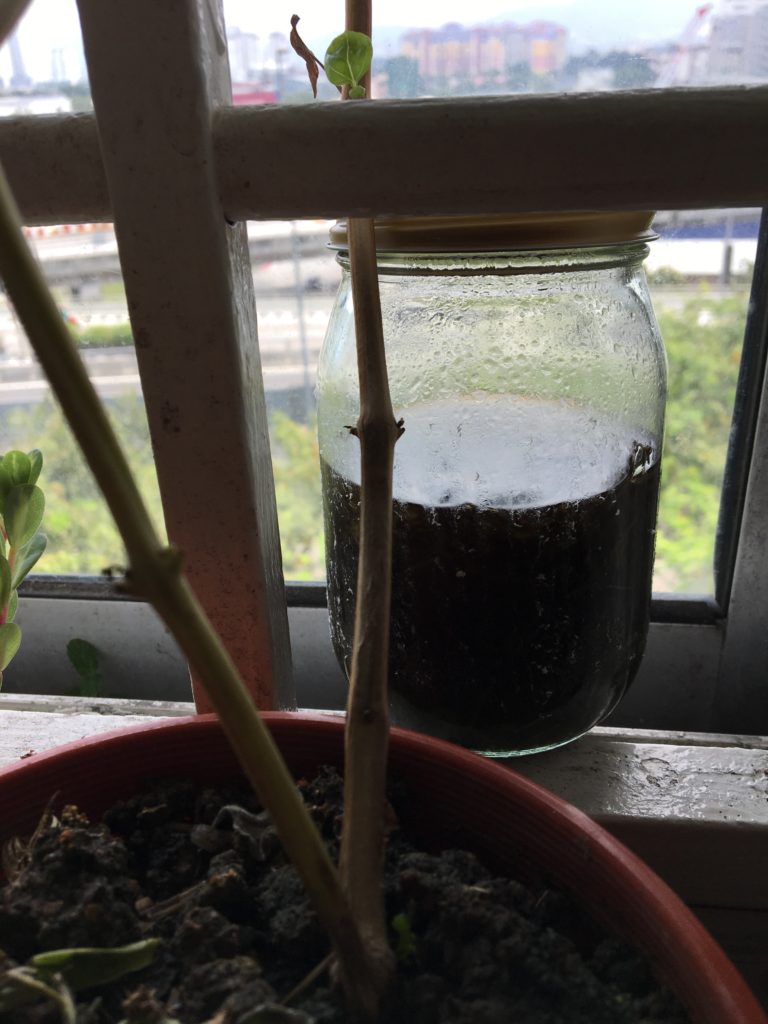 6. Shake the jar a little once every few days.

Your Oregano Oil is ready for use now.

It is used for its medicinal values as follows:

1. It is an antiviral, antifungal, antibacterial, antiparasitic, antihistamine, immune system boosting, free radical scavenger! It is also an antioxidant and is anti inflammatory!
wikipedia.com

2. According to Herbal Renaissance (1993) and Herbal Bounty (1984), by Steven Foster, oil of oregano is used in the treatment of indigestion, diarrhea, nervous tension, insect bites, toothache, earache, rheumatism, coughs and bronchitis!

Herbs are natural, but they can be very strong, especially in extract form, such as in a product like oregano oil.

How to use oregano oil for medicinal purposes:

✳ Start with a small dose when taking internally, (3 drops in an ounce of water  2 x daily). You will want more water to “chase it”. This oil has a very spicy-pungent flavor.

Reading up on the subject is recommended, to make sure you have a good plan, before increasing your dosage and before taking it for more than 5 days in a row.

According to Dr Mercola, oregano oil is used in:
⏺ Treating foot or nail fungus.
⏺ In killing parasites and easing infections.
⏺ Alleviating sinus infections and colds.
https://articles.mercola.com