We watched the movie a day after it was released in cinemas on 18th March 2018.

…and the hilarity is for the most part in the dialogue. This is rare these days, and it is crazy good.

Go watch the movie for your own doze of it, for I just can’t, for the love of me, recall all or even some of that top class comedy.

This action packed Marvel movie, as you would expect a superhero movie to be, is also packed with fantastic songs that keep your toes tapping, challenging you to break into song, out loud.

However hilarious the movie may be, it has a very serious underlying theme.

This being – crossing over from this world to the next, traveling back and forth between life and death and also going back in time, (as the song If I Could Turn Back Time by Cher, says), and putting everything that went wrong back to right‼

The unique cast, starting with Ryan Reynolds as Deadpool and Josh Brolin as Cable, is a perfect fit for what transpires.
https://www.tunefind.com/movie/deadpool-2-2018

Director, David Leitch has done a great job with this eleventh installment in the X-Men film series, a sequel to the 2016 film, Deadpool. (Wikipedia). 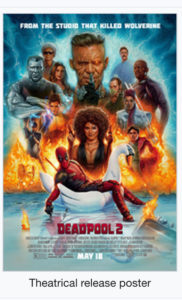 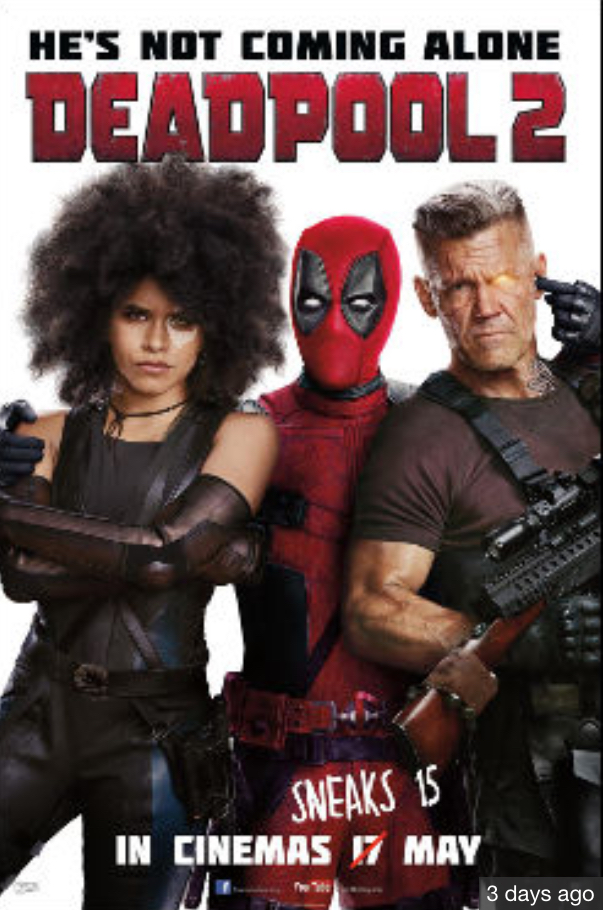