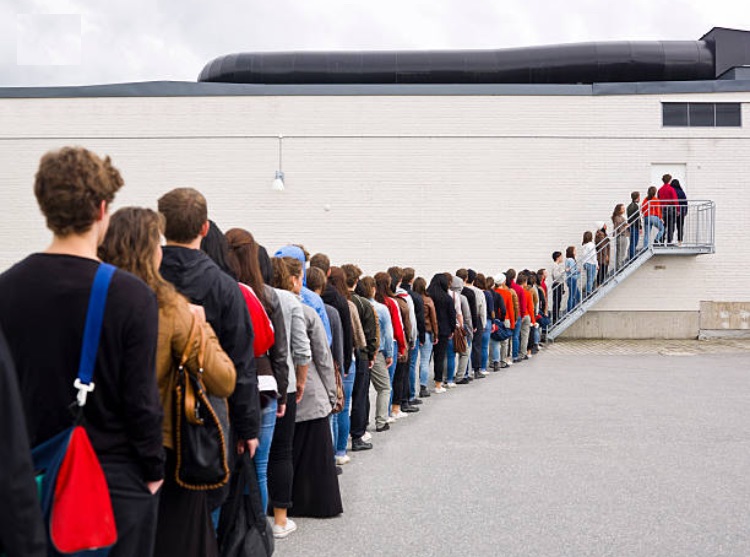 He had come to provide this much needed service in this twilight zone where murder had come to be a things of the past. ‘We terminate your existence with aplomb and creative genius to serve your purpose’ – read his tag line!

People lined up in their numbers to experience this last ditch effort at making something of their lives that had come to mean very little to them.

There was nothing that bound them to a place which held no attraction to remain. The next was the light at the end of the tunnel. They were all awaiting this next step that would take them to nowhere, which was where they all needed to be.

Why was it that you always had to have some positive purpose to everything you did when the negative was what brought in the dawn of the next!

These were thoughts passing through the minds of those awaiting their termination with much eagerness.

You didn’t have the unwanted and cumbersome need to think out for yourself how, what, when and wherefores of it all. You didn’t have to get that length of rope or that boiling portion or fathom any of that. This was the perfect solution and it is impossible to believe that these inhabitants of this planet took so long to figure out that this service which was always needed had taken so long to be dished out in a simple and comfortable way – in none other than in – The Termination Bar!

What a wonderful place to finally be! No more complicated miseries, no more stupid life lead by trial and error, where too many errors had taken too long, far too long, to make anything happen.

The human condition was a thankless, hopeless, never ending place full of nothing but dire miseries.

The pittance it afforded in the name of what they called happiness was not worth the long and arduous struggle just to make a day go by.

It was all not worth it at all! The mere effort that one had to exert just to eek out an existence was totally fruitless! Aimless, sick and purposeless were the very means by which they ‘lived’ and called it life!

What a farce was this miserable existence that they called life! A series of repetitive actions and activities cramped into what was called a day broken into another farcical 24 hours!

What was all this nonsense? Who decided all this? And why was it that all these inhabitants called human beings were living as they called it, this miserable conundrum designed for them by some unknown entity, they had no idea created!

They could not, would not, due to their greed and the unending endless commodity called desire, abled by the furthest iota of thought, work themselves out of this mess, that they were in.

The most of them were maligned by what they called disease! To cap it all, that is! In spite of this other addition to the misery that they were already in, they would struggle to remain by whatever means they possibly could muster. 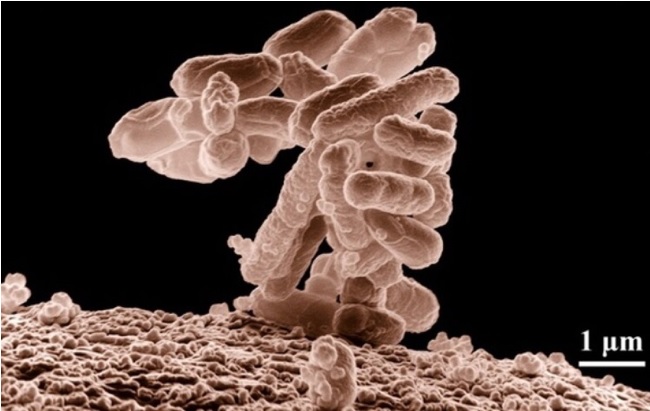 Unbelievable, that all of this misery, and they yet kept wanting to some how hang on to that ounce of whatever breath was left in them!

Amazing, that they thought this, their miserable lot, what they called ‘life’, was worth a dime!

Only now, that murder was out of the way, and The Termination Bar had come to be, that they even opened their eyes and their mind’s’ eye, to the possibilities that lay on the other side.

On the other side, things were bright, glorious, weightless, flightful and for the mere lack of gravity, a place of the utmost fabulosity!

There it was full of light and luminosity! Everything was effortless, quick and burdenless. When a thought arose so did what was needed to take place.

You didn’t have to wait over-burdened for lengths upon lengths of what was known as time, here, for a task to be performed or for a possibility to exist.

You thought and no sooner it happened and there was no big do about it. No announcing in what they called newspapers and the news of what achievements and so on took place with what laborious effort!

How clumsy were these humans, to begin with! Everything was such a big do and a brouhaha. They even basked in this laborious efforts calling them ‘success’!

Their minds were as small as their asses were huge!

Well, at this point this will have to steer in the direction of the large amounts of what they call food, they keep packing into their systems and then pass it out only to repeat the very same action over and over.

It has come to such an unmanageable capacity for the planet on which they ‘live’, to handle, that their greed and what they call desire has not yet given them the obvious signal to stop!

So, it is just as well The Termination Bar, has come to be!

After all, this human species is nothing but an alien algorithm gone wrong, though their egos are far too huge to even figure it out, or even believe it is so.

The human species is a failed experiment of an alien race!

That is the reason it is full of aberrations, defects and are always falling prey to what they call disease and are constantly dying.

The species was geared for immortality but it was not meant to be.

They became a totally lost cause and that’s also the reason the aliens abandoned them and explicitly never revisited as to aliens this kind of out of control cruel, life threatening, petty, small minded, mindless, mannerless behaviors are unacceptable. So they were left to perish by their own hands as we see it happening right before their very eyes!

They are such a loathsome and despicable race that have their intelligence or lack thereof, placed right in their derrière!

So they think with where they sit on and their distruction by their own mentality or hands, goes on unabated.

These walking talking ticking self destructive bombs are nothing but a disaster waiting to happen and happen it will.

The few of those silent majority who are otherwise, a useless lot to themselves and to the rest of them.

Those even fewer of them calling themselves activists are too few and far between to be able to help them out anyway.

Even when a random alien drops by, for the very purpose of releasing this human species of all of its maladies, they can’t help themselves but return it’s good heartedness with nothing but WAR-ring!

Shameless as they are they can’t help themselves to be helped out of their mess, that they themselves have got themselves into! This is the pathetic irony of their lives!

So what must be done with this peripatetic lot? Leave them to rot in their own poisonous juices, is the first idea that comes to mind.

What’s the point of their terrible existence to themselves or to any one or anything in the Universe, anyway!

Many, many random aliens have come to aid them out of their pathetic state, but nay, their only singular thought has been to trap those kindly aliens into slavery. Slavery of serving their totally odd and moronic desires unabated!

How demonic on their part! And, they go on to call these helpful and kind aliens – God or gods, and trap them to an eternal service of slavery to them! Losing the woods for the trees as is their usual practice!

What a truly balmy lot they are!

They deserve nothing but the curse of the worst order decreed upon them to last an eternity, just to get this geriatric lot out of Universe’s way! So, that no more will they trap the kindly random aliens to do their unsightly, never ending, unceasing bidding!

Give them the curse of never ending diarrhea! That’s what they deserve for all that they have been doing and not doing for so long! What they call Montezuma’s Revenge be upon them, for daring to defy the kindly alien helpers again and again for so long.

Not only did they dare to enslave them, they finally, dared to, openly defy them, attempting to screw up the alien’s plans, thinking they were the greater power!

For this alone, for their over enlarged egos – they must be put to their very death by their own actions – and that is – give them the Revenge as they themselves have called it.

They dared to contort and distort the very plans that were brought here to save them from all maladies, didn’t they?

Ok, so they thought traveling from one land to another would sufficiently distort and disrupt the plans of the alien, didn’t they?

So, now they are cursed with none other than Travellers’ Diarrhea! Unceasing and unending, until they can’t sit on their sore butts anymore!

They deserve worse, but the kilndly alien is far too kind to have them do unto themselves, the worse, which they practiced on the only living soul, the alien deemed fit to love and to hold!

Destroying the loved one, the love of the alien’s life, the alien’s one and only, forever love, is absolutely not acceptable by any chance.

The alien will most certainly seek and destroy all those guilty of having done so, attempting to do so, or harbouring the ill will thoughts of wanting to do so!

The immortal dictator that does not even have to be evil to destroy you peripatetic lot, has finally evolved as your latest of so called futurists have expounded, which you pathetic lot has once again failed to acknowledge!

The Termination Bar was not set up for nothing! 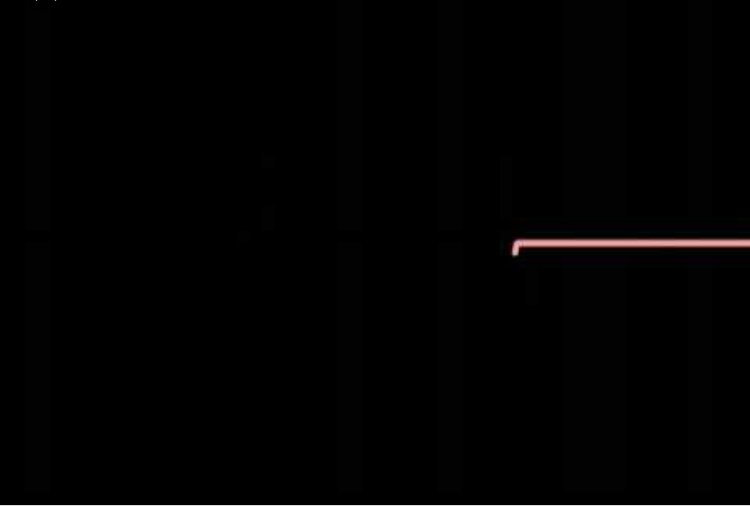 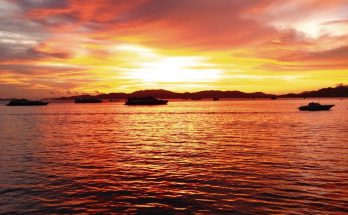 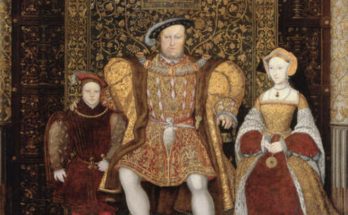 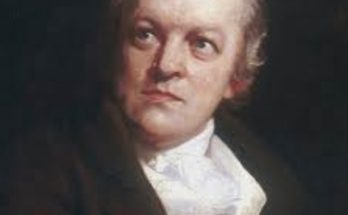