They were both Presidents of the United States. They were both honest to the core. They both made vast strides in taking the Country forwards in areas of establishing justice, bringing in economic growth and in the case of Lincoln, enforcing political accountability. President Lincoln invoked the Insurrection Act of 1807, cleaning up most of corrupt society at the time, in the process of doing so. President Trump being prevented in doing so due to interference by Deep State operatives within the White House while he was in the Oval Office! 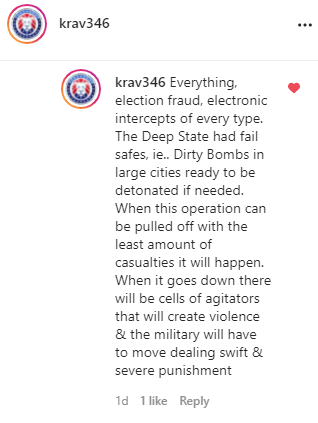 President Lincoln is known particularly for abolishing slavery! But, nothing that he did so right, was ever good enough for his countrymen and women at the time, the article proclaims!

These errant obstructionists were just as bad as today’s mainstream or legacy media, are, especially towards attempting to mar President Trump’s many accomplishments while in office and now from outside.

We are now in a technologically advanced state which makes it possible for President Trump to create his own social media network. Truth Social will be launched in November 2021 and I can’t wait to join it.

I found out through a fellow patriot that I was been flagged down for “spreading false information“ by a certain social media app!!!

Which in real terms mean ➡️ Disseminating the Truth!

Take a look at this ⬇️