It was hard to decide if we were to go on a camping 🏕 ⛺️ trip or a weekend out in a log cabin.

These were both options made available to us on Heaven Creek recreational area. I decided to choose the camp out as I’ve been longing to experience that true feeling of being in the outdoors only a camp out could bring.

Somehow sleeping and cooking food out in the open has an irresistible magic that draws you to it. Listening to the never ending rhythmic rush of water flowing in the near distance beats all sounds and there’s the sound of the occasional bird chirping and the crickets’ buzzzz! The allure of breathing the clean crisp air you find only at high altitude! To be embraced in the arbor of pine trees surrounding you, a sort of forest bathing.

One thing you have to strictly observe when going camping is to pick company that you can absolutely trust. The near and dear to your heart. This is important as anything can happen when you’re miles away from bustling ‘civilization’. This is not to say that what happens will happen anyway. But, in that quiet, still and silent setting people might be provoked in to having their most untapped of eerie instincts aroused. Suffice it to say, how ever much against their better inclinations it would be.

That being addressed, it is safe to say, you can now proceed with making all necessary plans, to go on that much desired camping trip, with no hesitation.

So, it was going to be my dearest and nearest friend and partner, Nichols and I, Sophie.

I stepped out of the tent which we had both effectively set up with least of hassles, to start cooking my first meal outdoors! Cast iron skillet and a select array of vegetables and fruits in hand I headed towards the camp fire that Nichols had cleverly started. The menu was all prepped ahead of arrival to the camp site.

That night I was in for a rude shock! Whoopsie! There it was this apparition of a ghost staring right in my face the moment I had gotten into my bed clothes of which I had to put on many layers as we had left out the all important sleeping bags from the list.

I let out a god awful scream and ran towards where Nichols might be but wasn’t coz he was right there in front of me, scaring me out of my wits.

“There’s good reason for you to be careful about whom you take with you on a camping date”!

“And it’s certainly not me”, Nichols coughed out.

We had just then put out the fire to embers and then to mere smoke and the air was laden thick with it.

Scary freak show done away with, we both snuggled in for a good night’s sleep. Peeking through the mesh screening at the top of our tent, we gazed at the stars emblazoning the clear dark sky. A show put up for the sole edification of ourselves!

The morning after the night before found us satiated and fulfilled. We enjoyed the glow of satisfaction having had our first bout, enjoying each other in the kingdom of the wild. This too tasted the better for having had it in the midst of glorious Nature.

We were exhausted after a hike in the area around us and I relaxed creating this birthday menu I had planned out which included some of Nichols’ fave foods, thrilled at the prospect of cooking 🍳 it all outside in the open. We enjoyed the generous splashes of liquor I had introduced to the meal while cooking, which brought us much comfort.

Bourbon bourbon on top of bourbon we were engulfed in an embrace like no other in no time and their we were like a pair of grizzlies scrambling to get it on right under the star lit splendor once again!

The evening winds were fierce and howling and came crashing in to our camp site with temperatures dropping in a matter of hours. We should’ve paid more attention to appraising ourselves of weather patterns. Luckily, we had headed to the nearest town earlier in the day and bought ourselves two sleeping bags! We were not holding on to each other like we did the previous night, in restless semi-consciousness drifting back and forth from sleep wondering if a free-falling limb would eventually get us!

In spite of the weather the air was still fragrant with birthday whiffs of the liquor, spice and herb that was extinguished in to the atmosphere in the process of creating last night’s meal.

Upon having set up the hammock, I immediately settled into it with a book in hand, and I had dozed off in to languorous bliss.

With scents of the pine and all, we packed a quick brunch of leftovers and set off on our first trip to explore the creek and picnicked on the rocky banks of the rapids. It was a spellbinding experience. This icy cold water didn’t stop us from taking a dip, immediately heated down with more bourbon. I just sat there and thought how I could never return.

Packing our stuff to get back home with lingering bitter sweet memories, I was wondering about the next camping date I was going to plan in the not too distant future. 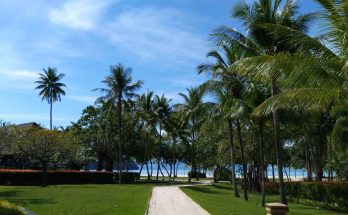 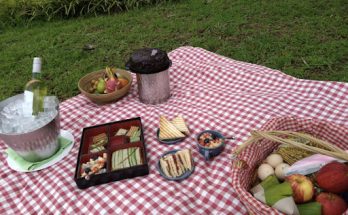 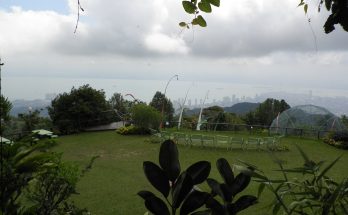