Novak Djokovic is great for sticking to his beliefs and exercising his liberty of choice on the issue of covid-19 vaccinations. The whole saga at the Australian Open in Melbourne exposes the Aussie government’s hypocrisy, confusion and fascist tendencies. The simple solution would have been to allow Novak Djokovic to defend his title and test for covid-19 daily if they were so paranoid about him being a risk to the public. I really don’t buy into the whole “rules are rules” garbage. Its even more sickening to see some members of the Australian public supporting the decision to deport Novak Djokovic. Anyway, his visa was cancelled for the second time and the Aussie Open has continued without him.

Well, Australia just showed the world what a bunch of idiots they are and also gave me a reason to boycott everything Australian. I hope the covid discrimination ends worldwide. An all-time great athlete like Djokovic should be allowed to win more titles and secure his place in history as the greatest tennis player ever – he is currently tied with Roger Federer and Rafael Nadal at twenty Grand Slam wins.

Novak is the kind of guy who lives by his own rules and world view. Its a shame that everyone has a hard time accepting people that are just different and that they need to be given the space to live freely. Whether its eating plant based diets, believing in the power of natural healing / immunity, meditation, alternative medicine or being against vaccine mandates; its seems anyone who thinks outside the accepted norms of society will face obstacles.

Lets hope the rest of 2022 will be better for Novak; at the end of the day its his mental toughness that sets him apart from everyone else.

Djokovic is also known for his impersonations of famous tennis players and he has received a lot of media coverage for this. Jokes aside it reveals the fact that he must have studied his opponents in such detail that he can make light of their quirky on-court habits. This is probably one reason his game has a the edge over that of many of his rivals. 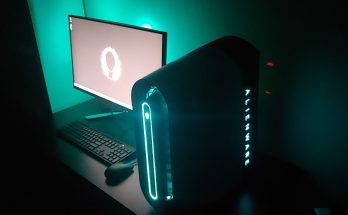