The research team working under Dr. Anthony Fauci at the U.S. National Institute of Allergy and Infectious Disease (NIAID) has admitted that natural immunity is, in fact, superior to vaccines against COVID-19.

However, Fauci’s own researchers have just published a preprint study contradicting that claim.

They found that while the mRNA vaccines target Covid’s spike protein, natural immunity recognizes the whole of the virus, providing superior protection, Just the News reported.

That protection includes the development of antibodies against one of the most crucial structural components of SARS-CoV-2, the nucleocapsid protein that envelops the RNA core.

During the “blinded” phase of Moderna’s 30,000-adult COVID vaccine trial, only 40% of the participants who received the vaccine developed anti-nucleocapsid antibodies.

The figure was more than twice as high – 93% – for participants who were given the placebo, according to WND.

Significantly, the researchers found that a placebo recipient with a mild infection had a 71% chance of developing the antibodies, compared to 15% for a vaccine recipient.

The Fauci-led NIAID’s Biostatistics Research Branch collaborated in the study with Moderna, Seattle’s Fred Hutchinson Cancer Research Center and the medical schools of Baylor, Cornell, Harvard and the University of Maryland.

Just the News noted that in January, vaccination promoter and funder Bill Gates criticized the COVID-19 vaccines he had championed, pointing out the short duration of their effectiveness.

The next month, Gates acknowledged what vaccine scientists such as Dr. Robert Malone had been saying for some time.

He admitted that the omicron variant had “done a better job” of conferring broad-spectrum immunity around the world than the vaccines. 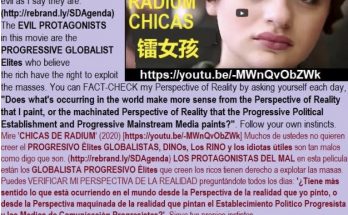