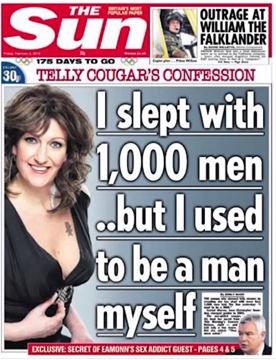 “There are moments when we’ve had enough news and we need to go somewhere we can be left alone … The news is the most wonderful tool of distraction ever invented” – Alain De Botton.

Once again I turn to this astute philosopher for ways to tackle the insidious mainstream media. Alain states there are two ways to keep a population passive, resigned, despairing and accepting of status quos that are given to them. The first way to keep the population down is the way that’s been tried in North Korea – stop all news – that’s one way.  But there’s another more insidious cleverer way – flood the people with news – give them so much news that they can’t remember what was going on yesterday.

What we need to do as consumers is to identify the archetypes (where the media constantly re-hashes stories and presents things as though they are brand new in order to makes us feel that there is something new) and reduce the amount of information that the system can bombard us with.


From unrelenting health news (this is basically a hidden unwillingness to accept death) to fear mongering about the imminent dangers (crime, terrorism etc.). Consider this medieval (a.k.a the Middle Ages – 5th to the 15th century A.D) method of accepting death – memento mori, a real skull or painting of a skull – a standard decoration for the bed chamber or office. Not meant to bring about despair and sadness but rather to focus the mind on what is most important.

Alain exposes the shortcomings of the media. He also compares modern society with ancient Greek society and how Aristotle and Sophocles offered much more to their societies by guiding them with  philosophy or exposing them to tragedies in drama (the famous Greek Tragedies) – whereas the media of today focuses on too much bad news and only furthers a political agenda or creates fear psychosis.