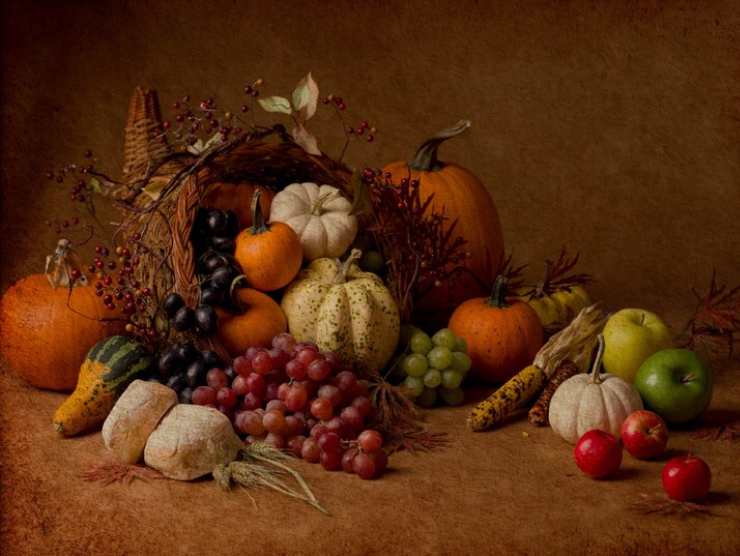 “In classical antiquity, the cornucopia (from Latin cornu copiae) or horn of plenty was a symbol of abundance and nourishment, commonly a large horn shaped container overflowing with produce, flowers or nuts.” –
Wikipedia.

“Kotu was ecstatic at the thought that she was ready for frolic and pranks in the fields that were now barely with seedling. He was thin as a reed all skin and bone but full of energy and vitality that could’ve only come out of eating the brown par-boiled rice that he ate three times daily as a staple. Rice that the earth produced bountifully. His complexion too was of dark hue and shinny and healthy and spotless from the good atmosphere around the dry zone winds quite unlike the acne ridden skin of the wet zone. She felt her skin too turning to look better. He was back with two bicycles, one for himself and one for her to ride. Off they went cycling into the far off fields. He could barely sit on the bicycle seat, so he was suspending himself on the peddles and was riding away. They stopped at the “Kamatha”, the place where the farmers had stacked the dry hay of the paddy leaves and storks where they also do the de-husking and winnowing of the paddy in a part of the field. The two of them put their cycles down and made a dash up the hay stack and lay flat on their backs so cool and free with the vast expanse of fields to the left of them, fields to the right and all around as far as they could see. The silence was astounding, for the winds were blowing at a speed that you could harvest it for wind energy if you could only set up a windmill.

After a while had passed they steamed back down from the stack and dashed off along the ridges of the fields towards this enormous well dug deep into the earth with no wall around it. All around closer to the well were gourds of all sorts growing from random seeds thrown around through some sort of seed dispersal, human or otherwise. Nature was truly bountiful here. They jumped straight into the water sending caution to the wind. The water was so cool and balmy, the true elixir of life. Suddenly, she realized that he was only wearing shorts and she had jumped right in with all her clothes on. They got out of there and she went around with him leading the way on this adventure.” –
Pp29-30, Chapter13, Encryption a Novella, by Sharmini Jayawardena. 2012. ISBN

“The children were playing with whatever was around them. Boxes woven by their grandmas and grand aunts, sticks and stones and everything else. Walking and running about over everything.

The white man had been in their mud hut dwellings for a while. He too was sharing whatever was available for them to eat in that village. A place with little food available.

He spoke to the village elders, the men, about how they had all come to watching the weather. The children heard this and were vary of what they heard. They understood it all. Which meant a mash of boiled and squashed tubers or maze will be seen at meal times here on and nothing else.

They watched the weather. It had become dusty and ridden with flies and humid.

Even as they watched they heard a distant thunder as the sky became gloomy and overcast with heavy clouds. The humidity was rising. It was impossible to bear the heat and the sweat it formed in the bodies that eagerly awaited the down pour that crashed down on to the earth in heavy droplets and now in crashing sheets!! Even as the water touched the earth it was sprouting seedlings out of all the seeds that had been thrown out into the surrounding garden during preparations for cooking while the fruits of the earth lasted. Now they will bear the bountiful harvest in a few months of the coming harvesting season.

The people couldn’t wait to taste this wonderful deliciousness that nature provided. All their waiting and watching the weather and enduring was not in vain.

Grand, took the thick and voluminous copper vessels and kept them outside to collect whatever precious liquid-sky she could ever collect. She didn’t bother even covering her head while going out into the compound. This was too cooling to cover from. It was all too welcome. A new cycle had begun.

They could finally stop watching the weather and take it a bit for granted. They could flirt with it almost. Take long baths once the wells filled as the underground water levels rose. Everything around them will be transformed into green and the skies will be a deep blue when it stopped raining and the earth will be warm and brown.

The flowers will bloom.”
From an yet untitled, hitherto unpublished story by Sharmini Jayawardena.

“Come morning, and things creaked back to action, slow moving, the only radio in the neighborhood was blaring…” – p2, Chapter1, Encryption A Novella. 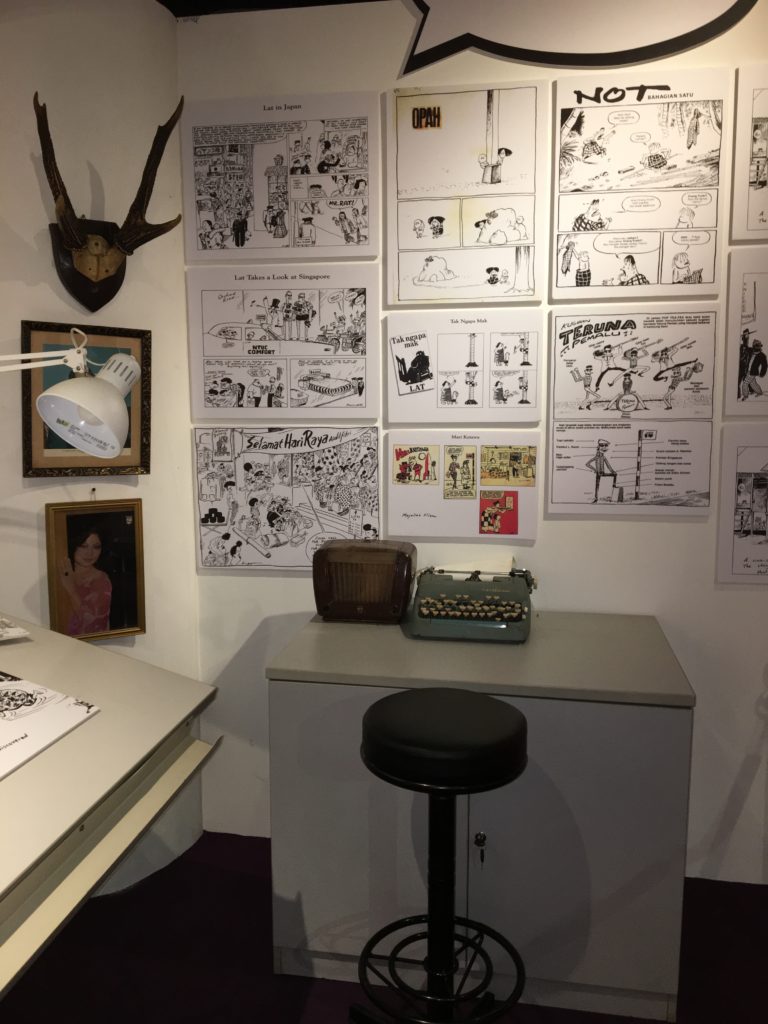 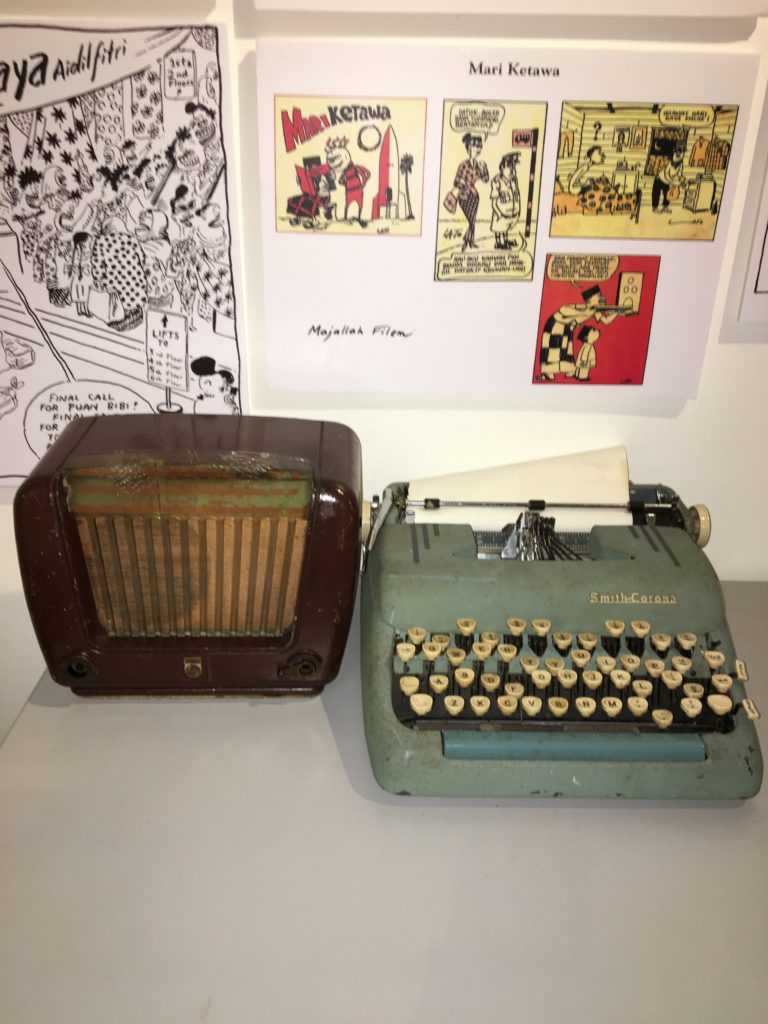