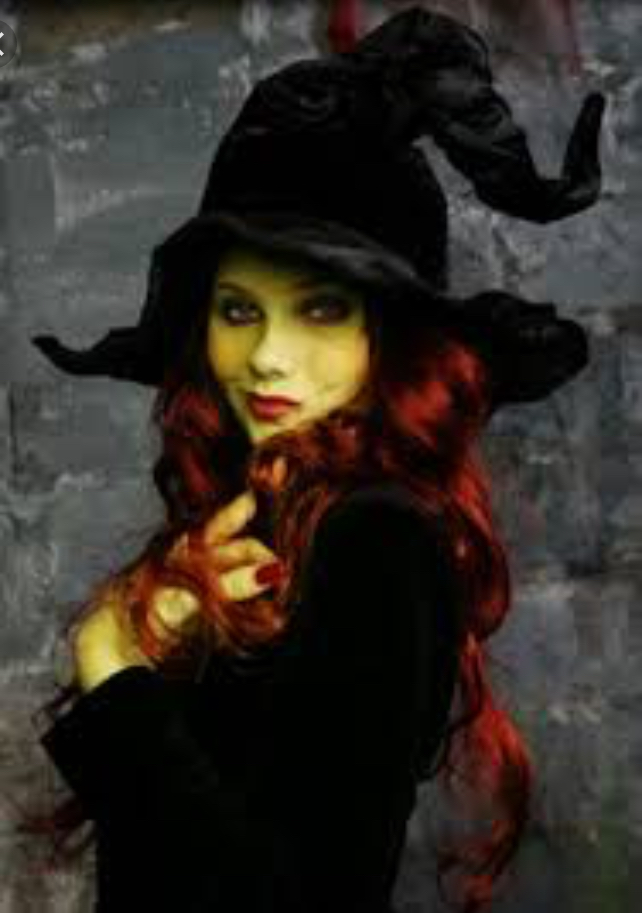 Which ever way you look 👀at it, there’s no saying no to a little witch craft in your life. Since being involved in all things fairy🧚‍♂️🧚‍♀️, I have come to embrace the spell binding world of the ethereal.

I have this to my credit: that I actually visited or rather shopped for incense and spells and unguents at a real Spell shop which was called Spell Box! It was a deliriously witching place that took you to another realm altogether! Gorgeous atmosphere welcomed you to its portals and here we are: 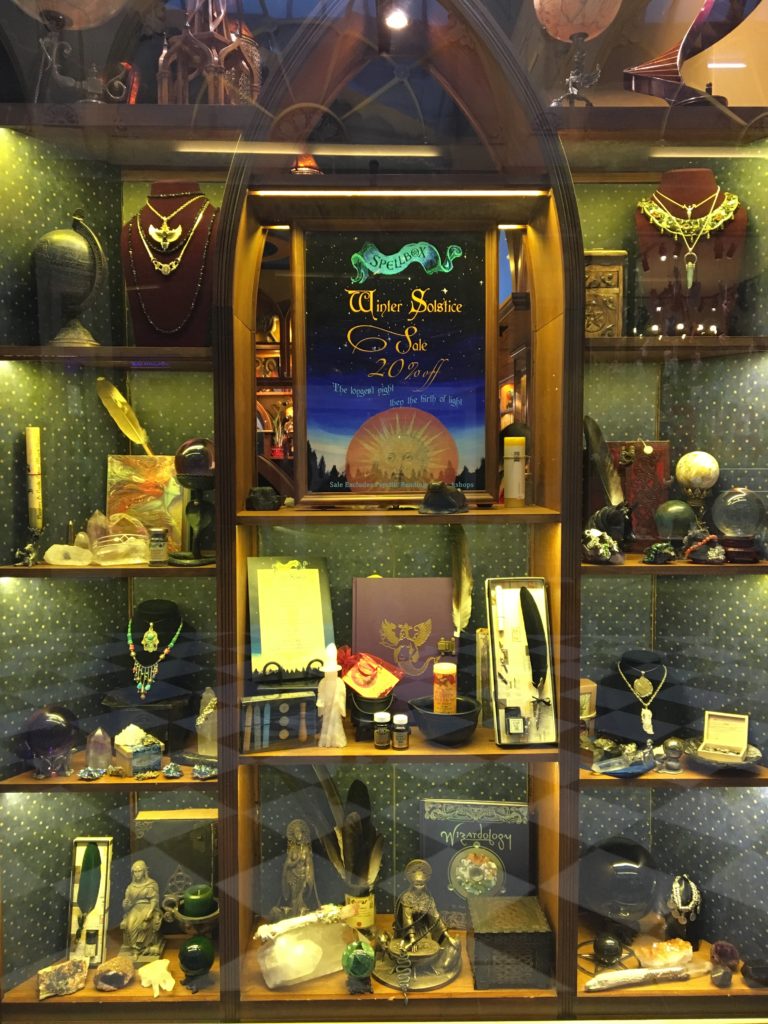 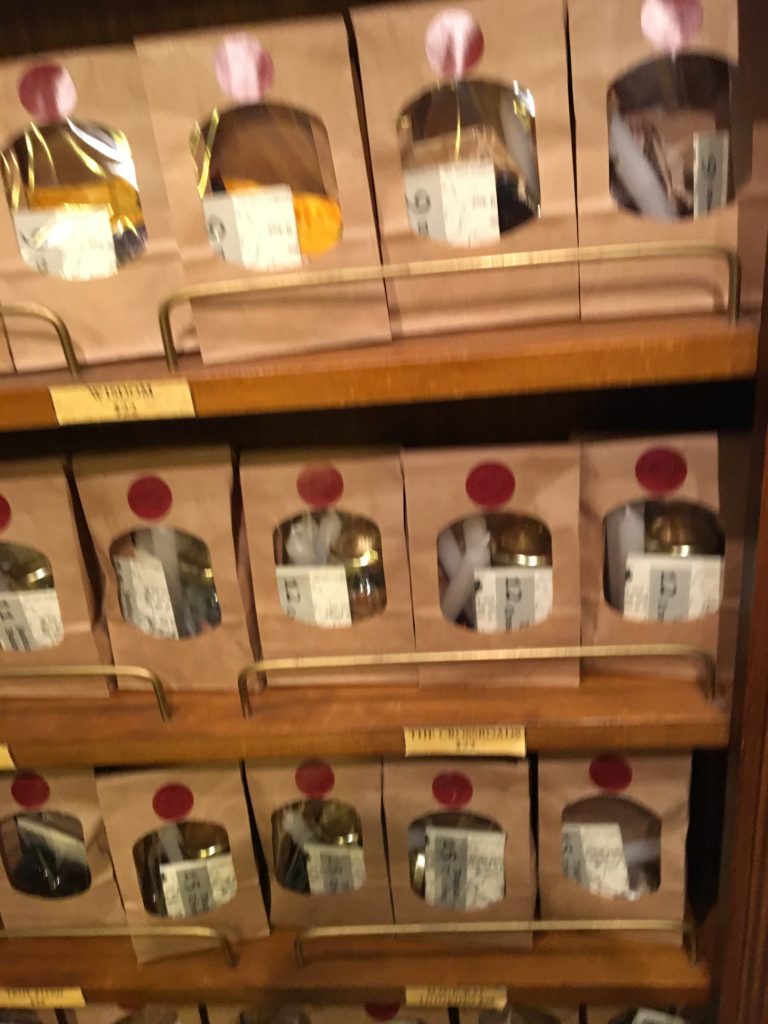 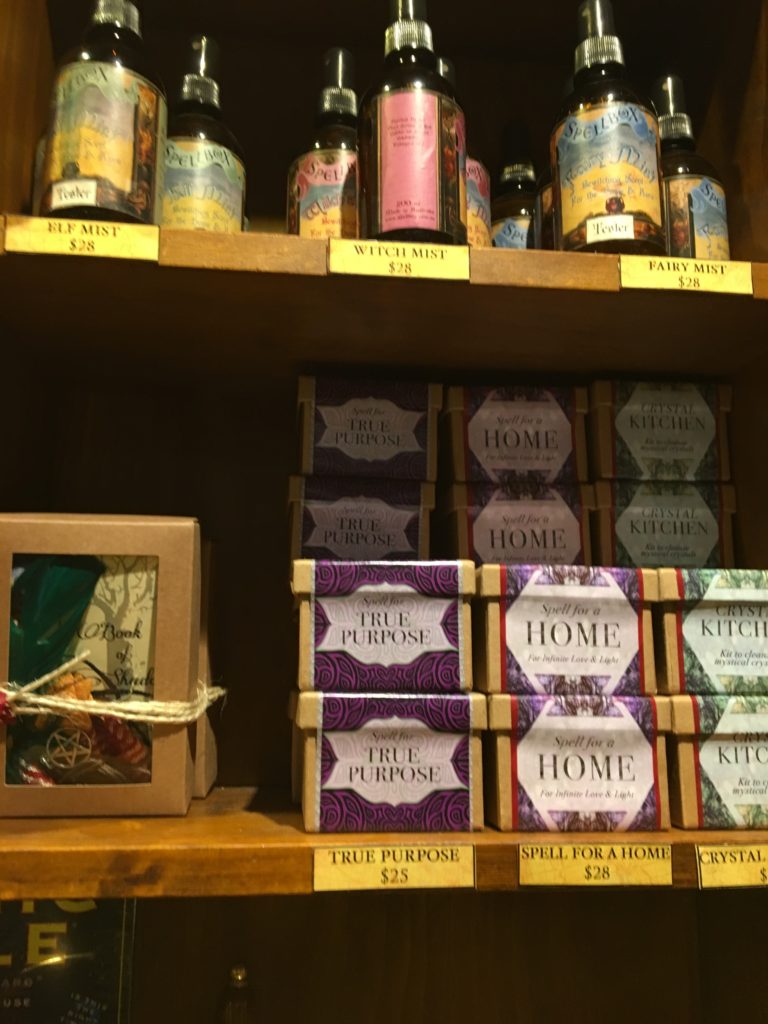 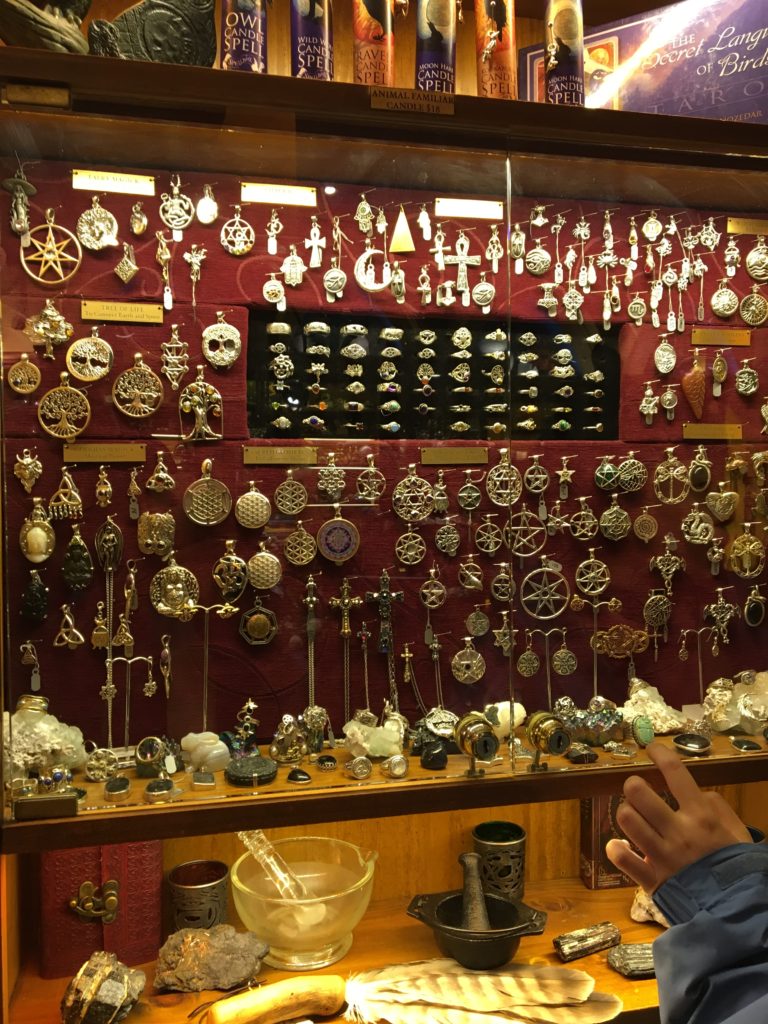 I just needed to share my witching experience with you, which I believe is quite rare.

For one thing, I’ve heard most people out there are mortally afraid of the witching world expecting to be turned into a toad or some such, by merely thinking of the word Witch! Rest assured: There are others among you who believe that it’s total superstition! What’s life without a little bit of that, now?! Superstition makes the world go round let’s say?

Or may be some others call it “a whole lot of poppycock”! Mumbo jumbo!

Whatever it may be, I challenge you to defy me that, at some point in the lives of all of us, we have all been involved in some aspect of the superstition, ok? Call it the weekly astrological forecast in newspapers and magazines, fortune cookies🥠, the Feng Shui master, lucky charms, four leafed clover🍀 rabbit’s foot, amulets, astrology, seances, belief in omens, tarot cards, palmistry, or going deeper still, into the occult.

Some of us may like watching horror on film or TV and just not have enough of the spooky👻and the horrific! The psychology behind all of this, truly baffles.

The shaman, or the exorcist is a prevalent figure in every society or community. Modern psychology believes they are those who served the purpose of the psychiatrist in days gone by.

In different communities they are identified by different terms. In Malaysia, Singapore and Indonesia we have the Bohmoh, in Vietnam, the Xem boi, the Kattadiya in Sri Lanka (Sinhala).

Suniyam Yaksani – From A Ritual Healing Ceremony In Sri Lanka

The witch and the wizard of the European communities hail from pagan times. The earliest well known wizard being Merlin from the legendary tale of King Arthur and his Round Table of Knights, of England. Merlin also being referred to as the Magician.

So, Magic, black and white both, went hand✋ in glove🧤 with witch craft, the occult, portraying the Dark and the Bright side of life.

Then we have the awesome tale of The Wizard of Oz!

There is of course, the TV series – The Witches of East End and the comedy, Witches of Brunswick!

Witches and wizards are supposed to create an air of the eerie and the scary just by the tools they carry with them for the performance of the occult which they practice.

Witches are associated with brooms🧹 on which they fly through the sky, the gazing ball🔮 through which the future is predicted, the magic wand🪄, mystical cape and pointy hats they wear, the black cat🐈‍⬛, the cauldron in which portions are brewed🫖, and generally everything about them being in the color black🖤.

However the wizard is always portrayed as this magical character in luminous capes and pointy hats for some reason, with an air of the mystical about them.

Occult practices believe each of the herbs🌿 and trees🌳, birds 🦉🦚, especially the owl, feathers🪶, stones, shells 🐚 and such natural objects have their own special strengths and mostly, protective powers. 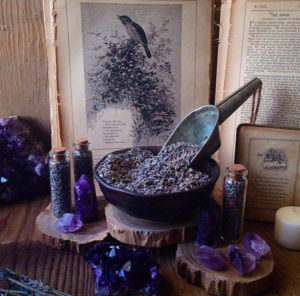 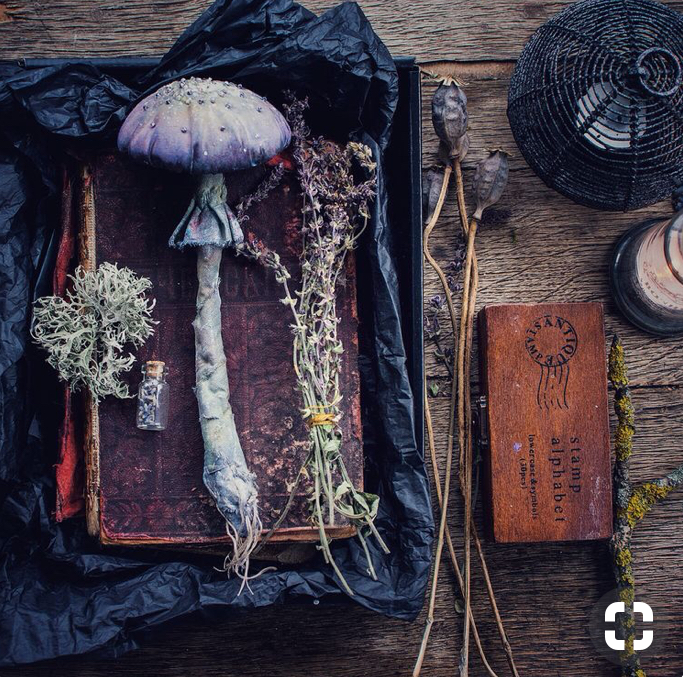 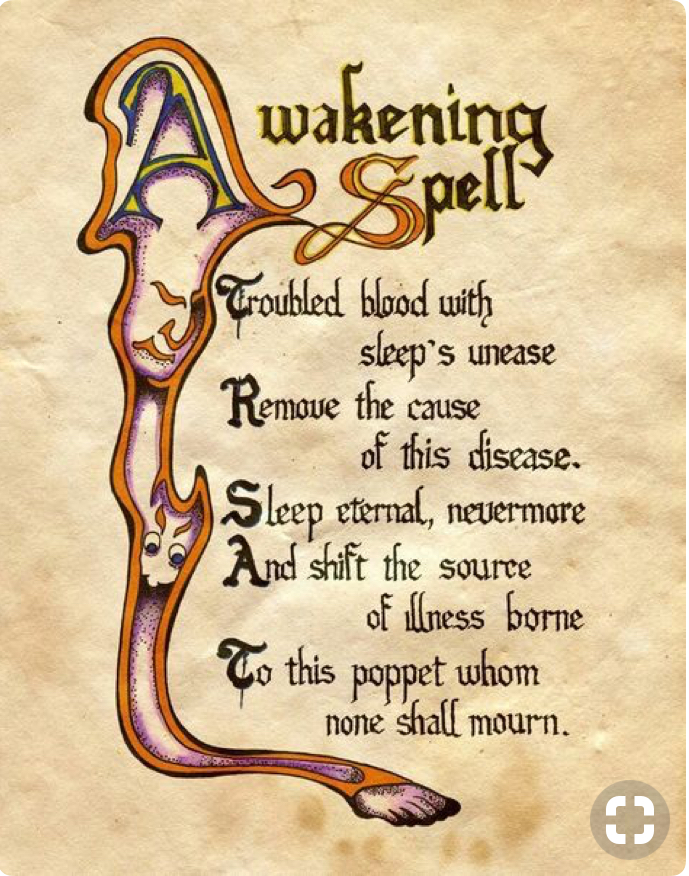 With the advent of organized religion, and later, that of Science⚗️🧪🧫🧬, these very close to nature practices of witch craft and the witches have seen a near wipe out. There are stories of witches having been burned on the stake or stoned to death and so on.

Even today, those who believe in and practice alike, go about their business in the seclusion and the protection of the woods and in places that are not generally inhabited and traversed by the ordinary.

There’s an aura of the hidden and the closed about witch craft, as you turn to them for solutions to your day to day problems or some times, specific, needs. Only the chosen few or the ‘initiated’, being privy to the inner sanctum as it were.

Treat this, as only an introduction to the subject of witch craft or witchery. I will be back with the more specific needs like what kind of witch you wish to be and so on, soon. 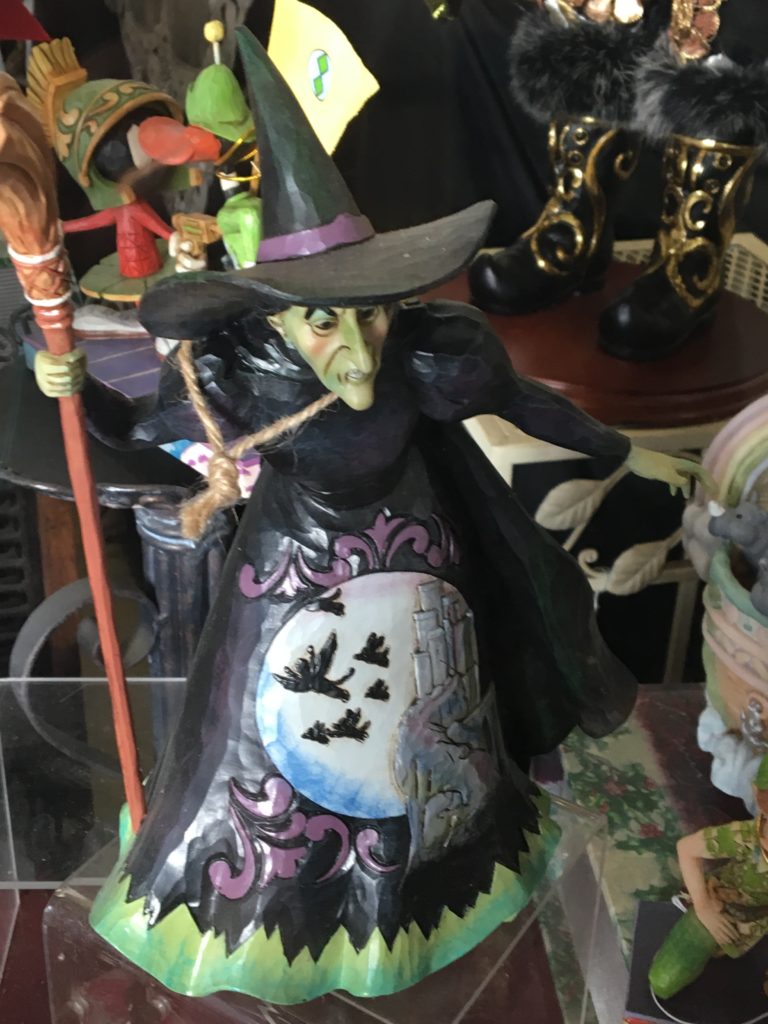