Wouldn’t we all love to do this? Sean Cooper from Toronto, Canada managed to pull this off in three years and two months! An amazing feat but not something that most of us could dream of doing. Sean worked three jobs (full-time at a consulting firm and part-time as a free-lance writer and supermarket clerk). Sean cycled to work, packed his own lunch and cooked dinners at home.

He lived a frugal life and it sure did pay-off. Some of the things Sean gave-up during the three year period were traveling on vacation, over-spending on entertainment, daily travel expenses and dining-out (including nights out with friends). Sean slashed his expenses by being discerning about the kind of groceries he bought (Sean is a vegetarian); another major saving for Sean was that he lived in the basement of the house while renting out the rest of the house to tenants.

Extreme though his actions were, Sean now feels like the weight of the world is off his shoulders and he’s the proud author of the new book Burn Your Mortgage (available at seancooperwriter.com). Sean admitted that his philosophy throughout the entire process was “short term pain for long term gain”. The funny thing is that Sean still lives in the basement of the house because he feels that its just too much space for him to live in the larger portions of the house. 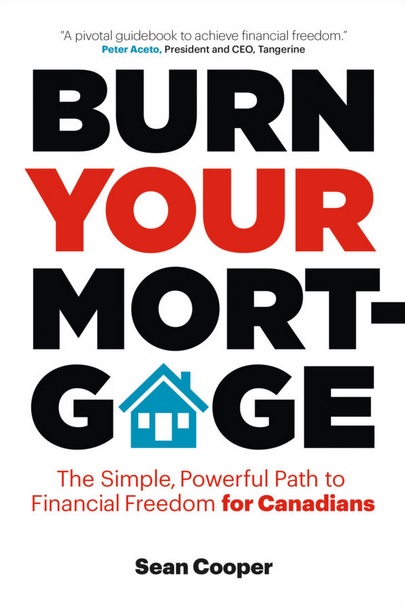