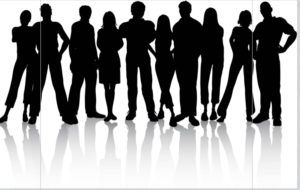 Think 🤔 about this urban Malaysia 👉🏽 Your businesses bring the Country hardly any value except dropping pennies in your own bank 🏦 accounts ‼️ How about your entrepreneurship benefiting the Country’s actual populace ➡️ The Grassroots, for a change ‼️

The present Government is the same. The past Government was in this sense, better! But they were still guilty of bringing in this mass migration of foreign workers. A sea 🌊 of migrant workers pouring into the Country!

Millions of ringgit being shipped out of Malaysia 🇲🇾 in the hoards to benefit the GDPs of Bangladesh, Pakistan, Nepal, and almost all of South Asia is not going to benefit the Malaysian GDP!

Strict laws MUST be passed and implemented and enforced to rectify this gross misconduct, I call it.

Then, all of you urbanites including the business owners, shout about a non- existent massive corruption that has somehow taken millions, nay, billions, out of the Country!

Just think about the billions you allow your foreign workers whom you hire, to transfer to their own countries ‼️

Six million migrant workers, for a country that has an overall population of 32,777,100
is not an easy number to bare, especially when it does not benefit the majority of the people.

Take a look 👀 at the statistics ⬇️

The youth may be involved in small businesses or other self employment.

However, these statistics do not include those unemployment figures in the hinterland or the periphery, which is the back bone of the nation.

This mass worker migration from South Asia MUST STOP 🛑 even if it is to the detriment of the Country’s various ‘development’ projects that are being erected. It is way too obvious that the migrant labor force is far too much an economic and social burden on the Country.

Malaysians need to address this issue and find a viable solution to this problem.

Hiring labor from adjacent South East Asian countries used to be the norm many years ago, which was more conducive to the social implications of hiring a foreign labor force.

Women used to be employed in the construction 🚧 🏗 🔨 business as well. We don’t see that anymore.

Importing labor from South Asia is definitely NOT the way to go! These people have infiltrated the length and breadth of the Country, causing a major demographic change to the population of Malaysia.

With the migrant labor force, has arrived a group supporting the food business that provide Bangladeshi food, Pakistani food and they have started operating other businesses together with the local population!

The worst situation is where local businessmen engage these South Asians to cook our local food which they know nothing of since they don’t even eat it! So, when they cook local food, they change the authenticity of our food.

It is cheap labor for the restauranteurs. But, at what cost to recipes of the Malaysian culinary sphere?

Penang has enforced the law that no foreigners should be employed as cooks 👩‍🍳 👨‍🍳 in the restaurants and stalls of Penang.

Kuala Lumpur and other states like Melaka which are custodians of signature local dishes, must do the same. What is the Dewan Bandaraya of Kuala Lumpur or DBKL doing about this?

Once, I was witness to an altercation between a Malaysian Chinese patronizer of a food stall at a mall, where a Bangladeshi was visibly adding copious amounts of Ajinomoto or MSG, to the food he was about to buy. The man let him have a belly full and said he would never eat from there again. So did I, stop buying food from that stall. Not a word of apology from the Bangladeshi! They absolutely have no manners either!

Shame, shame, shame on the Malaysians who employ these lousy populace to cook our delicious 😋 food!
We know what it’s like to eat bastardized versions of Malaysian delicacies when cooked by a bunch of ignoramuses 😏.

Another factor needing attention is cleanliness and hygiene. Today I heard about Influenza A doing its’ rounds once again, and the need to be careful when eating food cooked outside of your home, even more important.

Further, is it prudent to hire the Country’s security guards almost entirely from Nepal, as the private security companies do now?

This migrant labor force also attract all sorts of other business interests from their countries. They have even joined hands with locals in opening companies and buying up prime property especially in the Petaling Street or China Town area of KL, tearing down existing iconic buildings and erecting monstrosities in their place!

We once met this lady owner of such a building from which the family formerly ran a family owned printing press. She swore she would never sell to a Bangladeshi whatever price they may quote!

Few will not cave and be able to resist and bow to the temptation of the filthy lucre! I’m happy that the few still exist. Not all is lost and I urge Malaysians of all hues to rally round to preserve their collective heritage which will be sadly lost to posterity if they do not take immediate viable action.