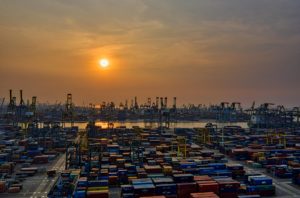 The Coronavirus Is Becoming A Public Relations Disaster For China

COVID-19 REMINDS US WHY CHINA CAN’T BE TRUSTED: Country must rethink ties with China

Evidence came today in the form of two BBC reports, one of the U.K. government of Boris Johnson (who has COVID-19 now) saying there would be ramifications for China failing to share how they stopped the virus from spreading. One such punishment was getting rid of Huawei in their 5G program.

“Over the weekend, the Daily Mail reported that the Johnson team doubted China’s SARS-CoV-2 infection count, which totals around 81,000, saying they were probably off by a factor of 40.”

“The Dutch health ministry announced it had recalled 600,000 Made in China face masks. The equipment was used by front-line medical teams. Dutch officials said that the masks did not fit right, and that their filters did not work as intended, the BBC reported on Monday.”

“The rest of the shipment was immediately put on hold and has not been distributed,” a statement read. “Now it has been decided not to use any of this shipment.”

“The new coronavirus Covid-19 will end up being the final curtain on China’s nearly 30 year role as the world’s leading manufacturer.”  – www.forbes.com