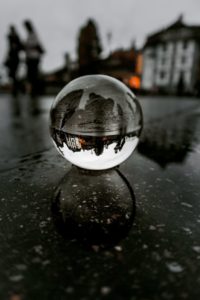 Ok, as some of us like to call it, in these Corona times, we are being brought face to face with one thing and that one thing is that we can’t do anything in this world without good health! Good health is paramount for the least and the best functionality of this world!

Ok. That being granted, how many of us have, up until now, since 18th March 2020, when the lock down was placed on many of us, started to think that we need to and indeed we MUST treat health as our first and top priority?

Your health starts with you, People! Not with doctors who know nothing of your own body and mind, certainly not the FDA, the WHO, or that most insidious of culprits 👉🏽BigPharma together with BigAg!

Now, you may wonder 🤔 how did BigPharma get lumped together with BigAg? Well, physically it did when the Bayer pharmaceutical company, which btw, has an extremely ugly past in the area of producing chemical concoctions to destroy the human being starting with its chemicals that killed six million Jews in their acid baths and numerous other ways in Nazi Germany in WWII. Three years ago, Bayer bought into Monsanto Corporation in a bid to own not only the entire food chain, but your life chain and what they would do with you once their ugly Franken-foods and weed killer Glyphosate had given you incurable diseases like cancer, heart disease, hypertension, diabetes and such debilitating diseases! They would sought to make money by gradually killing you.

These two giant corporations along with other such corporations, you name it you have it 👉🏽 Syngenta, Cargill, Pfizer, Merck and so on, are on the scene, making millions of humans into vegetables unable to handle the simplest of issues facing them. Who do you think was behind all of these corporations since inception 👉🏽 The United States Congress with its RINOs, (Republican In Name Only), and DINOs, (Democrats In Name Only), in cahoots with the purveyors of Globalization! The Socialist Globalists, descending from the Bilderberg Group to the Rothschilds, the Rockefeller, and now to George Soros, who are the Council on Foreign Relations!

Is Soros still alive in NYC? Is he hiding in his basement from the CoronaVirus he helped create?

This is how WeThePeople of America and this planet became fodder for the Globalists, by the bought and sold for members of the American Congress!

Today, the CoronaVirus or COVID-19, has made these Globalists face the true reality with lock downs and quarantines. The reality that none of these so called big guns ever saw coming ➡️ and that is, Nature itself teaching not only them but all of us, a lesson.

The lesson being that, humans have taken Life and Nature for granted! You have effectively destroyed the only sphere in the form of wild animals, that Nature created to thwart invasions of the humans, by viruses 🦠which are, very real adversaries. A nano particle in effect, but more humongous than an elephant, let’s say, in the devastation it causes to prevail! We have all been compelled to size it up. We have all, from the top Globalist to the homeless man on the street, been forced to face up to the reality of the nano particle that is the CoronaVirus! 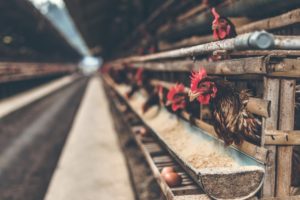 The sphere created by none other than Nature to stop these nano particles from invading the human sphere, the wild animal, has been destroyed!

The wild animals were created for the benefit of humans, but, not for their consumption as the Chinese have been doing brazenly for ever.

NOT FOR THE IMPROPER CONSUMPTION BY MAN! That’s for sure!

The day man started devouring exotic wild animals, having domesticated animals and having reared them in concentrated animal farming operations or CAFOs for human consumption, was the day man placed a sell by date on human life!

So, human life, effectively got an expiry date by the active and decisive participation of humans and humans alone!

Now that we have put a cap on the animal sphere which were created to phase off the viruses, we are left to turn around and create a sphere by ourselves alone, to attract the viruses away from humans, if the species were to survive.

We created AI. There is no doubt humans, especially those in the biotechnology field, can and will create this bio sphere to direct the viruses effectively away from having made the human their host to recreating this artificial sphere as the host, if the humans were to survive!

The times when we were forced to fight viruses and bacteria by pills prescribed to us as antibiotics, by doctors, or physicians, is already ended. It is a proven reality now.

The medical profession is at a complete loss as to how to beat this virus.

Their unholy and very primitive practice of diverting bacteria and viruses into humans and then destroying them in the human being, are over and done with.

Consider this, we are not meeting with accidents, we are not eating stupid food at restaurants, we are not contracting diseases kept warmed for us on airline trips, we are not even jogging or going to the park for recreation. We are finally in the safe portals of our homes and we are going to stay here, until you 👉🏽 these so called Agencies of ‘God’ 👉🏽 The FDA, the DOJ, the FR, the FBI, the CIA, the CDC and so on and so forth, the UN, the WHO, do the job they were put here to do in the first place. And, i.e. to clean up 🧹 🧼 🧽 every area of life as we know it, while we remain clean in every way, following the guidelines as per the CoronaVirus!

CLEAN IT ALL UP FOR US! NOW!

I hope 🤞🏽 and pray 🙏🏽 that all of us who paid the price by falling sick, by falling prey to the mismanagement and mishandling of our health by these behemoths, will from now on be rid of all of our pain that disease has brought forth.

OUR AIMS AS HUMANS ARE HIGH! WE CALL FOR A DISEASE FREE HUMAN RACE!

Now that Globalization has ended, let us see a true reversal of things like repatriating all of those who were displaced by mass migration, returning all foreign workers back to where they came from, replacing every wild animal that ever lived, and putting to right a plethora of other social and physical ills that were created in the effort put into globalizing the planet!

The animals  put out there in the wild, in their hoards were out there for a very good reason. And that is, as a buffer to absorb these nano particles.

Let us see all humans Making each of their Countries Great Again!

Here are some very dark realities and true stories about our loathsome past which some of us are unaware of! The irksome and hateful past some of us want to return to!
We need to leave the gory past behind, badly! 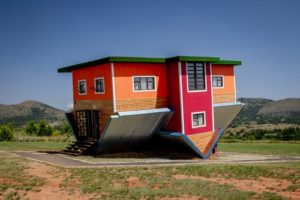