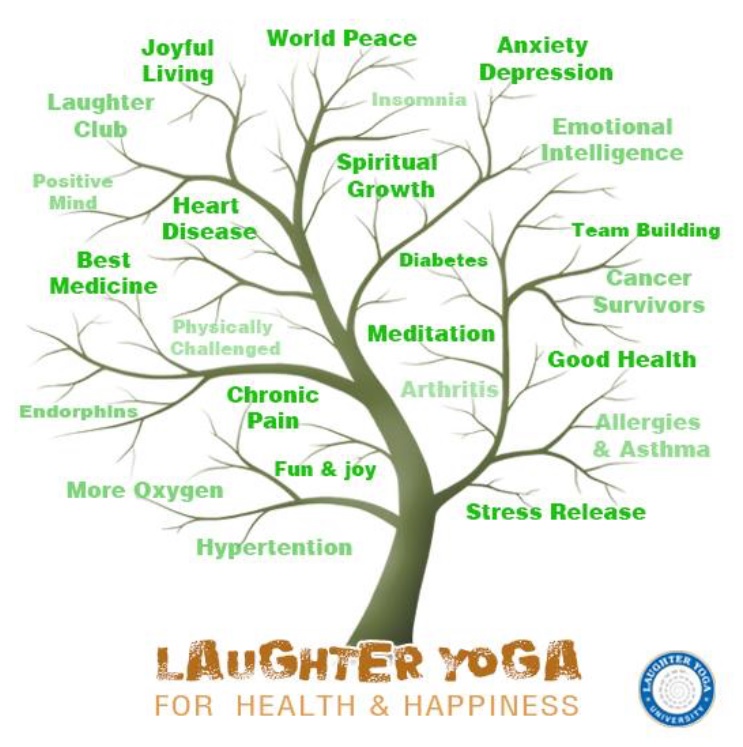 It all came into being in 1995, when Dr Madan Kataria of Mumbai, India, was researching on ‘Laughter the Best medicine’, which led him to believe that laughter was possessed of healing capabilities.

“A revolutionary idea, simple yet profound, an exercise routine, a simple work out, now sweeping the world as a complete well being work out with 6000 Social Laughter Clubs in at least 60 countries”.

Laughing about Laughter, I’d like to call it, or ‘Laughing for No Reason’, combining Unconditional Laughter with Yogic Breathing, (Pranayaama). It is the kind of Laughter that comes out of children in playful joyousness.

There is a saying in Laughter Clubs: ‘If you can’t laugh, bring your body to the Laughter Club’. Repetition being the mother of all skills, principles of Neuro-Linguistic association and scientific research has proven that when a particular set of experiences are repeated over and over, the body develops a fast ‘Knee Jerk’ reaction that is triggered without involving the rational brain. This is called Conditioning.

Dr Otto Heinrich Warburg, the Nobel Laureate, has shown that one of the basic reasons for falling sick is the lack of oxygen in the body’s cells, because we don’t breathe correctly. By deliberately slowing down our breathing we can experience a sense of calm and relaxation and a change in our state of mind.

This blend of Yogic Breathing and Laughter Exercises results in multiple health benefits by increasing the supply of oxygen in the blood, boosting the immune system. It energizes and re-charges the metabolism, making one feel fresh and revitalized.


Laughter Yoga has shown beneficial results the world over in patients with cancer, depression and heart problems. It helps both patients and caregivers cope with pain and trauma. It is also practiced in prisons, in the class rooms, in corporate environments and with the mentally and physically challenged, as with the blind, deaf and the mute and seniors, with positive results. The recurrence of the cold, flu, sinusitis and other respiratory illnesses have been controlled.

The goal of Laughter Yoga is to bring good health, joy and peace through Laughter. Laughter is universal, creates positive energy, is easy, safe and free. 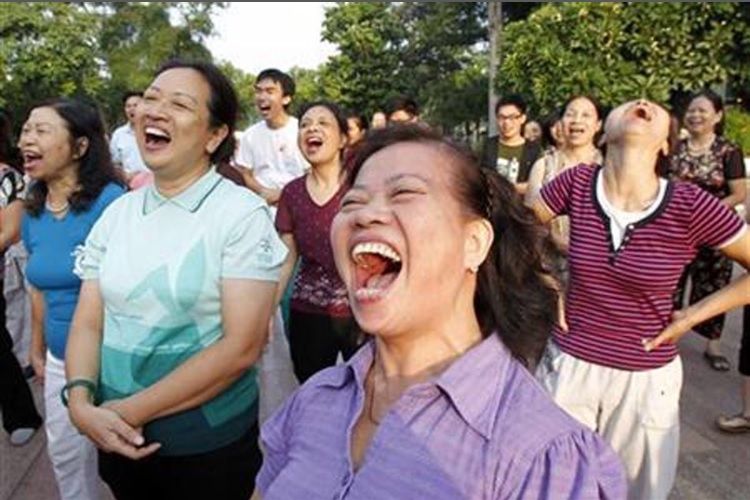 Laughter Yoga is a breakthrough laughter delivery system that can enable a person to laugh continuously for 15 to 20 minutes with short breaks of yogic breathing.

A Laughter Session may take you from: Clapping, Breathing (Pranayaama), stretching, Laughter Exercises with eye contact, joyfulness and movement.

World Laughter Day, the first Sunday in May, was celebrated with a gregariously entertaining line-up of events in Malaysia. 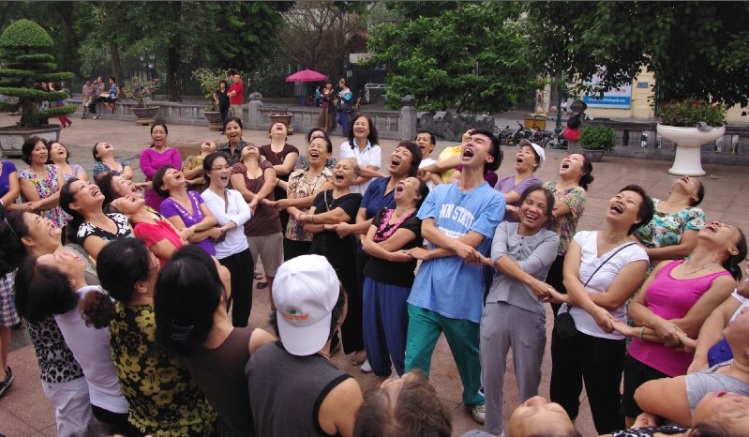 ‘Teh Tarek’ or Milk Shake Laughter

Credit Card Laughter and there are 150 Laughter Exercises, derived through Dr Kataria’s method of acting techniques from his days as an amateur actor! VERY GOOD, VERY GOOD, YAAYE 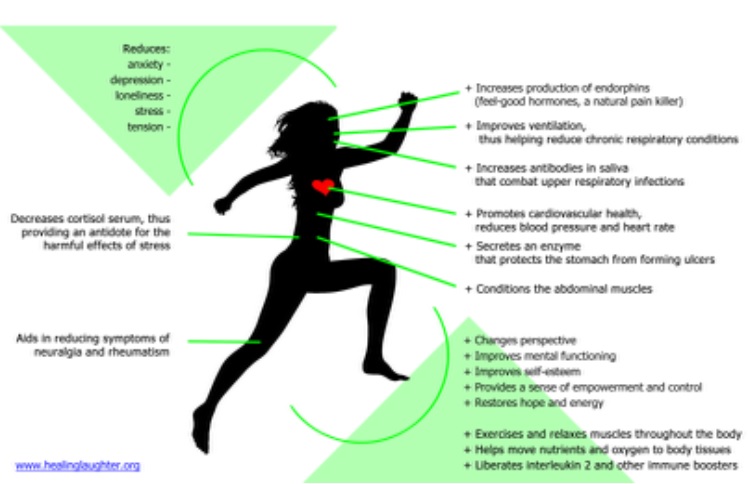