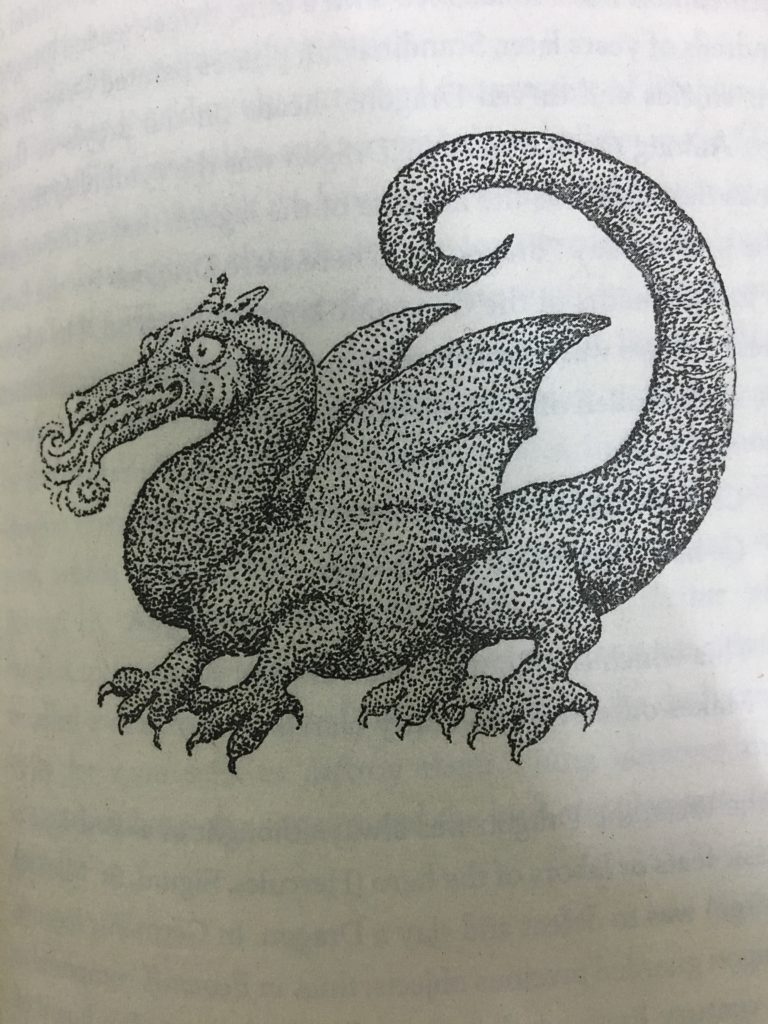 Why did Argentinian writer who wrote The Garden of Forking Paths which is supposed to be the precursor to the worldwide web which works in the form of how a library collates its books and indices, (hypertext fiction), write a book on ‘mythical beings’

Jorge Luis Borges wrote the Book of Imaginary Beings in the context of today’s imagined and past ‘mythical’ characters. His book refers to many of the beings we still have much to do with in our lives: The Chinese Dragon, The Garuda, The Elephant That Prefigured the Birth of the Buddha, Elves, Fairies, Gnomes, Fauna of the United States, “wry mythology of the Wisconsin and Minnesota lumber camps…The Hide-behind…always hiding behind something. Which ever way a man turns…The Roperite, The Teakettler and the Axehandle Hound (p83) It’s a most interesting book complete with illustrations which speaks of this unique side to us humans! The side to us that can imagine fantastic figures or could at one time actually accept them for real.

In the times which are now referred to as the Golden Ages of Man: The Egyptian, The Mesopotamian, The Mohenjo-daro-Harappa, The Classical Greek and the Romans civilizations predominantly, with an intelligence far different from our’s looked to these beings for solace and deliverance and at times they even defied humans.

The Hindus of today still worship numerous beings in forms and ways unlike that of the human form as in the elephant god Ganesh and Hanuman the monkey god.

The Greek Myths as we call them for example may not really be too far fetched to imagine as having actually been real and living at a time when the most amazing of phenomena took place on this planet.

These beings are numerous from Centaurs to Minotaurs, Cyclopses, the Hydra and so on and on. They were dragons, automatons and humanoids. (Wikipedia list of Greek Mythical beings)

Having been an ardent student of this period in time I can say that these were no mere imaginary beings but rather very real beings who may have come down to earth from other dimensions.

In Sri Lankan legendary lore of yore we have the mighty demon king Ravana who was a formidable character in every way. He was capable of executing amazing fetes and he’s well known for his Dandumonara the aircraft or space craft in which he traversed the skies making him known in all of Asia at the time. 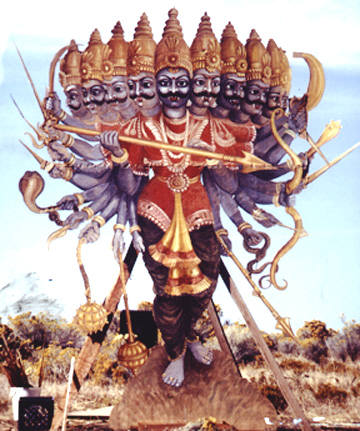 Ravana is depicted with a multitude of arms and heads just as the Hindu gods are depicted. It was most probably the best way multitasking could be portrayed.

Okay, aside from that patriotic diversion the entire planet has been full of iconic figures and tales of numerous extra terrestial activity as well which are open to discussion.

So these so called mythical beings were possibly real beings from afar come down to us as I believe and the humans of the time were open minded and far superior to us of today in their intelligence to acknowledge these beings.

(We may have lost the ability to accept beings different to us down the line as we evolved into being too materialistic and self centered. Focusing on mundane concerns may have put an end to our powers of reaching out to the ethereal, thereby, losing contact with these beings altogether!)

Sadly our preoccupation with slaving for a daily existence possibly made us nothing but a bunch of drones walking this earth just making enough to survive.

So instead of the real thing which we call mythical, relegating them to a forgotten past, today we have captured them in the next best way in the form of movies like Jumanji.

Our fantasies are worked out in movies like Star Wars and so on. But this is limited to the imagination and we are still waiting for our real Jumangi to take us there where we will encounter our real compatriots (or not).

Hopefully we will get over our phobia of trying to eliminate everything and anything or anyone different to ourselves and be ready to go beyond our comfort zone.

Let us embrace a future full of the magic of life!