Babies are indeed more than a noble blessing 👼💗. It’s called a bundle of joy, for a reason.

My friend was on the phone with me lamenting over her not having any more kids. She’s got two of her own right now. And I said to her, that’s the only one with no recipe, for how to do it, as for that aspect in life.

It also affords the most exciting and most fascinating of ways in which you go about it – loving the person you have sex with. In the past though, I think, there was no other way in indulging in sex. That’s why they had so many kids, I’m thinking. I’m talking of a period before the practice of birth control came in to existence and was made available to the populace!

It’s too obvious that it is so. I mean, there not being a recipe for procreation! Love may be the only necessary ingredient though. Oodles of it for each other. It also matters that both your partner and you have the same needs, goals and inclinations, where having more children or not is concerned. Or possibly, you just don’t think of this subject at all and ignore it altogether and just go for it each time, regardless of everything!

So, what am I doing here?! I’m figuring out ways on what you should and shouldn’t do, to get there and arrive at having more children. This in Itself is trying to find the way of having more of them. I guess simple observations should suffice.

If you go back to your earlier times of having had none and having been suddenly blessed with this one cherub, neither of you were actually thinking of children at all. I think barring everything else that would be a great place to be in and start from.

When you think of how you had the ones you already do, it would lead you to, “throw caution to the wind.”

Just have no aims, aspirations, goals or inclinations in view for yourselves. Just take life as it comes.

The easier your life becomes the less stressed you are going to be at where you are headed. Just get in there thinking nothing in the world but just having it. For, as I’ve said before, having sex is a beautiful and awesome thing in itself, which shouldn’t have other things attached to it.

Just keep going and life will turn exactly the way you want it to. This is my tip of the day for wanting to have children or not – just living life.

I’m far from being experienced in this field, but I’m sure those who have children in the first few years of having been together, never thought or never do think of producing a baby in the process of simply enjoying each other. It just happened or happens that your joy brought forth with it, a bundle of joy to evidence the fact 😊.

I guess that’s where you’ve got to be at right now. I’m telling my friend. Just be carefree and fancy free and all that joy brings, will be yours for the asking. Keep pounding, keep on pounding in life 😀😃😄 and all that you desire will be yours.

However, something I’ve noticed in couples is that whenever they have a change for the better in their lives, they tend to produce an offspring! This I have observed in more than a few of them. This is a great hunch to go by may be.

So, the next time you want an addition to your brood, may be engage in focusing on something like moving house, getting a promotion at work, changing jobs or something in those lines that will also bless you with this great added bonus.

Think completely the opposite thing to having babies!

Good luck 🤞 😉 and great cheer over there on this aspect of your lives.

I’m wondering, if having sex in the many different poses in having it, as amply instructed in the Kama Sutra, by Vatsyayana, anything to go by, you should consider this! I mean, for an abundance in procreation, should you also indulge in equally abundant forms of having it, now that the initial novelty of it has waned? I’m not sure. I’m wondering if adequate study has even gone in to this area of life. How do you qualitatively quantify it? Though, it’s an area of study well worth the effort in finding out the truth about!

I’m also thinking in these lines ➡️That those ladies of the past times who multiplied the family with seemingly no effort at all and with ease, did not have a profession in life that took up much of their energies and time. They were living their lives looking after the children, their husbands and their household. Obviously there was no stress involved in doing so.

Just think about this. May be if you are working at a day job, you should consider taking some leave just to have another baby. 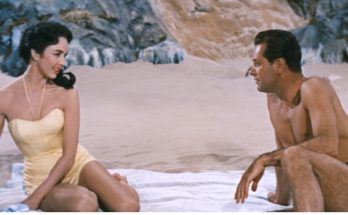